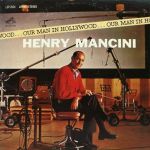 The story of our recent shootout is what progress in audio in all about. As your stereo improves, some records should get better, some should get worse. It’s the nature of the beast for those of us who constantly make improvements to our playback and critically listen to records all day.

Courtesy of Revolutions in Audio

In our previous listings we noted:

This is one of those odd records in which the variation in sound quality from track to track is dramatic. Take the first two tracks on side one — they suck. They sound like your average LSP Mancini album, the kind I have suffered through far too many times. And that means bad bad bad.

But track three boasts DEMO DISC QUALITY SOUND and the next one is nearly as good. Listen to that wonderful glockenspiel. It sound every bit as magical as anything on Bang, Baa-room and Harp, and that’s some pretty magical sound in my book!

Same thing happens on side two. Bad sound for the first tracks, then track four sounds great, followed by a pretty good five and a lovely six with a chorus of voices to die for. Go figure.

Is there a copy that sounds good from start to finish? Doubtful.

We’ve made a dozen or more improvements to the system since we last did this shootout, and I’m happy to report that most of the tracks we had trouble with in the past are now sounding very good indeed. Of course the better tracks we noted from years ago are even better, making this a consistently good sounding Mancini record.

One obvious change from the old days is that we now spend a fair amount of time honing in the VTA for every title. That may account for the fact that the first track on side one, which used to be problematical, now sounds wonderful. The value of getting the correct VTA setting — by ear, for every record — cannot be overestimated in our opinion.

END_OF_DOCUMENT_TOKEN_TO_BE_REPLACED 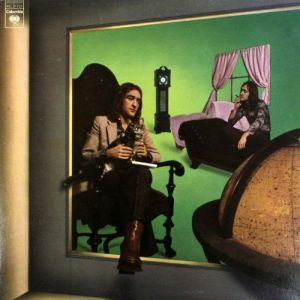 Graham Nash helps out on vocals on tracks one, two and five on the first side. Stevie Wonder plays a lovely harmonica solo on The Lonely One on side two, and George Harrison guests on guitar on If You’ve Got Love, the third track on side one. END_OF_DOCUMENT_TOKEN_TO_BE_REPLACED

Some records are consistently too noisy to keep in stock no matter how good they sound.

This is one of them.

We struggled for years with the bad vinyl and the murky sound of this album. Finally, with dozens of advances in playback quality and dramatically better cleaning techniques, we have now [circa 2012] managed to overcome the problems which we assumed were baked into the recording. I haven’t heard the master tape, but I have heard scores of pressings made from it over the years. I confess I actually used to like and recommend the Heavy Vinyl MCA pressing. Rest assured that is no longer the case. Nowadays it sounds as opaque, ambience-challenged, lifeless and pointless as the rest of its 180 gram brethren.

You want to keep what is good about a Tubey Magical analog recording from The Golden Age of Rock while avoiding the pitfalls so common to them: poor resolution, heavy compression, thickness, opacity, blubber, compromised frequency extremes, lack of space and lack of presence.

How’s that for a laundry list of all the problems we hear on old rock records, and classical records and jazz records; all records really.

What record doesn’t have at least some of these faults? Not many in our experience. A copy with few or none of these problems would have White Hot Stamper sound indeed.

Punchy and surprisingly DEEP bass is one of the first things you will notice when playing one of these Hot Stamper copies. Huge amounts of ambience fill out the space the extends from wall to wall (and all the way to the back of the studio), leaving plenty of room around each of the players. END_OF_DOCUMENT_TOKEN_TO_BE_REPLACED 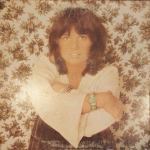 Another in our series of Home Audio Exercises with advice on What to Listen For as you critically evaluate your copy.

Her vocals on both sides can be very DYNAMIC, but only the best copies will present them with no hint of STRAIN or GRAIN, two problems that make most pressings positively painful to listen to at the loud volumes we prefer.

Linda really belts it out on this album — face it, it’s what she does best — and only the rarest copies allow you to turn up the volume good and loud and let her do her thing.

Another key to recognizing the best copies is the fact that they tend to be highly resolving. Two places to check:

Note how breathy her voice is in the quiet passages. Only the least smeared, most transparent copies reproduce that breathy quality in her voice

Next check out the tambourine on Silver Threads and Golden Needles. If the sound is delicate, not gritty or transistory, you have yourself a winner in the resolution department.

The vocals on side one are often recessed and a bit dark on this album.

Linda’s Problems in the ’70s

The most common problem with these Ronstadt records from the ’70s is grainy, upper-midrangy sound. The smooth copies that still have plenty of presence, life, energy and top end extension are the ones that really get this music sounding RIGHT.

Every copy we played had problems on the last track of side one, Don’t Cry Now. Linda is singing at the top of her lungs practically from beginning to end, so both cutting the record and playing back the record would be difficult. The result: there will be some coarsening of her vocal.

END_OF_DOCUMENT_TOKEN_TO_BE_REPLACED

More of Our Favorite Producer-Engineers

Al Schmitt is one of our favorite engineers and producers.  Click here to find more blog reviews and commentaries for his albums.

END_OF_DOCUMENT_TOKEN_TO_BE_REPLACED

Folks, we don’t find too many Hot Stamper copies of this great album, so don’t assume that another one will pop right up once this one goes. This album may not be as well-known as Harvest or After The Gold Rush, but it’s every bit as worthy of a place in your collection — especially when it sounds this good!

I want to take a moment to acknowledge the string of superb studio albums Neil released from 1970 to 1976. I mean, look at these titles: After The Gold Rush, Harvest, On The Beach, Tonight’s The Night, and Zuma. Not a dog in the lot, to say the least. I can’t think of anyone else besides Led Zep (first five titles) and The Beatles (pick ’em!) who put out at least this many killer albums consecutively. We consider each of those albums a work of genius, and we can proudly claim to have found copies of each with the sonic credentials necessary to bring you these masterpieces at their absolute best — exactly the way you want to hear them.

That Live In The Studio Sound

On the best copies, the title track is OUT OF THIS WORLD. It’s got that live-in-the-studio sound we recognize and love from Zuma, but in this case it sounds like it was recorded at three in the morning in a room full of pot smoke! When you play a Hot Stamper copy, the soundfield is HUGE — big, wide, and deep — and there’s lots of space around each of the instruments. You will not believe all the studio ambience, and you can probably catch a contact high from it! (Results may vary.) END_OF_DOCUMENT_TOKEN_TO_BE_REPLACED

This relaxed piano trio outing has been one of our favorite Bill Evans releases for close to a decade, in no small part because the best copies have the potential for truly Demo Disc sound. This is one of those, and it demonstrates more than anything else how natural, balanced and real the sound of a good piano trio recording can be.

Most copies of this album lack the energy and drive to keep the music from getting sleepy, but both sides here are lively, dynamic and full-bodied. There’s real weight to the piano, always critically important on the piano recordings we play.

This is the last album Bill Evans made before he died. His playing is emotional and powerful, and the other members of the trio provide fine support. END_OF_DOCUMENT_TOKEN_TO_BE_REPLACED

A Hall of Shame pressing. I confess I actually used to like and recommend the Heavy Vinyl MCA pressing. Rest assured that is no longer the case. Nowadays it sounds as opaque, ambience-challenged, lifeless and pointless as the rest of its 180 gram brethren.

We struggled for years with the bad vinyl and the murky sound of this album. Finally, with dozens of advances in playback quality and dramatically better cleaning techniques, we have now managed to overcome the problems which we assumed were baked into the recording. I haven’t heard the master tape, but I have heard scores of pressings made from it over the years.

It is a surely a MASTERPIECE that belongs in any Rock Collection worthy of the name. Every track is good, and most are amazingly good. There’s not a scrap of filler here. The recording by Bruce Botnick is hard to fault as well.

1970 was a great time in music. Tea for the Tillerman, Bridge Over Troubled Water, Moondance, Sweet Baby James, Tumbleweed Connection, After the Goldrush, The Yes Album, McCartney, Elton John, His Band And Street Choir, Deja Vu, Workingman’s Dead, Tarkio, Stillness, Let It Be — need I go on?

Even in such illustrious company — I defy anyone to name ten albums of comparable quality to come out in any year — Alone Together ranks as one of the best releases of the year. END_OF_DOCUMENT_TOKEN_TO_BE_REPLACED

This is some of the best sound Dave Mason ever managed, so let’s give credit where credit is due, to the amazing Al Schmitt. He recorded and mixed this album and he sure knocked it out of the park.

We know his work well; he happens to have engineered many albums with SUPERB SOUND: Aja, Hatari, Breezin’, Late for the Sky, Toto IV – the guy’s won 13 Grammies, which ought to tell you something.

Side one of the album is recorded in the studio, side two live from the Troubador. Many of the songs on side one would be recorded again by Mason, and not as well in most cases. Mastered at Artisan (where Kevin Gray got his start) by none other than the owner, Bob MacLeod, this record got the A Team treatment from start to finish. END_OF_DOCUMENT_TOKEN_TO_BE_REPLACED

Before I get too far into the story of the sound, I want to say that this album appears to be criminally underrated as music nowadays, having fallen from favor with the passage of time.

It is a surely a masterpiece that belongs in any Rock Collection worthy of the name. Every track is good, and most are amazingly good. There’s no filler here. END_OF_DOCUMENT_TOKEN_TO_BE_REPLACED