The soundstage and depth on our Hot Stamper copies is HUGE — this is without a doubt the most spacious recording by James Taylor we’ve ever heard. If you want your speakers to disappear, replaced by a huge studio full of musicians playing their hearts out, this is the album that can do it. END_OF_DOCUMENT_TOKEN_TO_BE_REPLACED 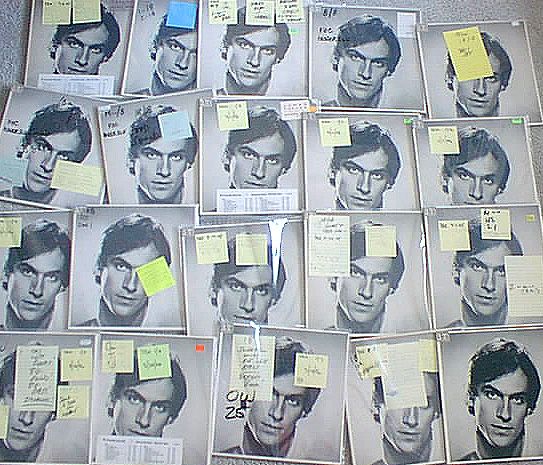 The good copies REALLY ROCK on a song like Honey Don’t Leave L.A. or I Was Only Telling A Lie, yet have lovely, sweet transparency and delicacy on the ballads such as Another Grey Morning or There We Are.

Just turn up the volume and play the opening to Honey Don’t Leave L.A. — this is James Taylor and his super tight studio band at the peak of their powers. Russ Kunkel hits the drum twice, then clicks his sticks together so quickly you can hardly notice it, then goes back to the drums for the rest of the intro. On a superb copy like this one, the subtleties of his performance are clearly on display. (Until copies like this one came along, we had never even noticed that stick trick. Now it’s the high point of the whole intro!)

The most important of all these Musical Values is ENERGY, and boy do the best copies have it!

VAL GARAY is the man behind so many of our favorite recordings: James Taylor’s JT (a Top 100 title), Simple Dreams (also a Top 100 title), Andrew Gold, Prisoner In Disguise, etc. They all share his trademark super-punchy, jump-out-the-speakers, rich and smooth ANALOG sound. With BIG drums — can’t forget those. (To be clear, only the best copies share it. Most copies only hint at it.) END_OF_DOCUMENT_TOKEN_TO_BE_REPLACED

From the opening acoustic guitar notes, you can tell this Hot Stamper pressing is a lovely sounding record. Believe me, it took us a long time to find a pressing this good – most copies of this record sound like CARDBOARD. END_OF_DOCUMENT_TOKEN_TO_BE_REPLACED

SUPERB SOUND FROM START TO FINISH! Both sides have MASTER TAPE SOUND. With six plusses between the two sides it sure doesn’t get much better than this copy!

And don’t think we’re kidding about turning up your volume and rockin’ out to songs like Honey Don’t Leave L.A. and I Was Only Telling a Lie. Those are real rock songs and they show that old JT can rock with the best of them when he wants to. END_OF_DOCUMENT_TOKEN_TO_BE_REPLACED

Side two here has STUNNING MASTER TAPE SOUND, and side one is not far behind. Side two is open and transparent with shocking clarity. All of the little details that are missing from the average copy really come through here — the sound of the room around the guitars, the transients of the hand percussion, and the weight of the piano, to name a few. The acoustic guitar sound is Right On The Money and the vocals sound amazing. The bottom end on this copy just can’t be beat — we’ve never heard another copy of Mud Slide Slim with such deep, note-like bass. The highs are silky sweet and there’s real three-dimensionality to the soundfield.

I don’t think you could find a better sounding side two no matter how hard you tried. We had dozens of Green Label originals and WE couldn’t! (We don’t bother with the Palm Tree label anymore, although they can be very good on the best copies.)

We give it A+++; it deserves every one of those pluses and then some. Without a doubt this is the best sound we have EVER heard for Mud Slide.

But what REALLY sets this one apart is how much IT ROCKS. The energy on this pressing has to be heard to be believed. Forget all that detail and soundstaging stuff and just focus on how this band is playing the HELL out of that first track, which arguably is the best song on the album. When you hear it sound like this there is no argument. END_OF_DOCUMENT_TOKEN_TO_BE_REPLACED

This was one of the most massive shootouts in Better Records history. We started out with SIXTY SEVEN copies. After weeding out the copies with obvious condition problems and known second-rate stampers, we were left with three dozen copies to audition. We battled through condition problems, bad stereo days, and listener fatigue to end up with a select number of exceptional copies. It’s a extremely taxing project, and that’s why these are just the second round of SBJ Hot Stampers to EVER hit our site. END_OF_DOCUMENT_TOKEN_TO_BE_REPLACED

One of our good customers had something to say about some Hot Stampers he purchased a very long time ago. [I know it was a long time ago because our customers seem to have lost interest in James Taylor in general and Flag in particular, so no further shootouts are likely to be done in the near to medium term, which is a pity because we quite like the album.]

Ordered J. Taylor “Flag”, arrived in perfect condition, outstanding packaging. Thanks! My first Hot Stamper—admittedly a little skeptical. Have two copies of this (one of my favorite JT albums, if not the favorite). One from the initial release and one from a few years later (a near mint copy). Had some fun listening to the Hot Stamper vs. these two pressings. Also invited my amigo, Joe, a trusted friend and music lover. Well, what can I say— we both agreed, a truly and unanimous ‘Better Record’ —-Surprise— Nice work! You have our upmost respect for your time and energy put into this endeavor, wish we could indulge ourselves more of your recommendations. Will do what we can. Thanks for the experience, a real joy and education.

Later on in the decade a label by the name of Mobile Fidelity would come along claiming to actually make better sounding pressings than the ones the major labels put out, and — cluelessly — I bought into that nonsense too. (To be fair, sometimes they did — Touch, Waiting for Columbus and American Beauty come to mind, but my god, Katy Lied, Year of the Cat and Sundown have to be three of the worst sounding records I’ve ever played in my life.) END_OF_DOCUMENT_TOKEN_TO_BE_REPLACED 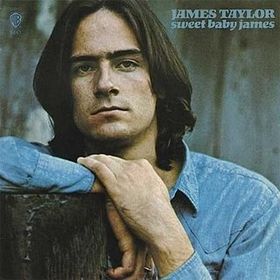