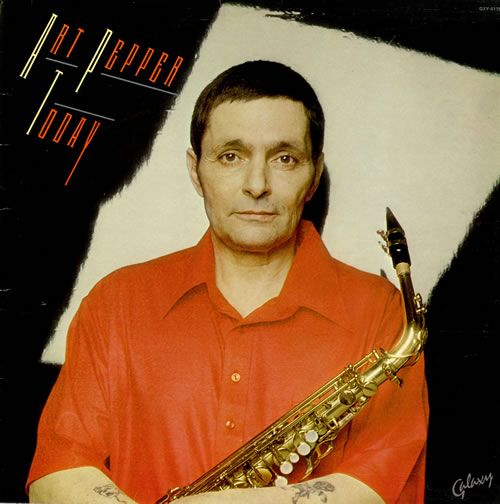 [This commentary was written many years ago.]

Now, it’s indisputable that Phil DeLancie is credited on the jacket, but I see George Horn’s writing in the dead wax of the actual record, so I really have no way of knowing whether Mr Delancie in fact had anything to do with the copies I was auditioning. They don’t sound digital to me, they’re just like other good George Horn-mastered records I’ve heard from this period.

TWO AMAZING SIDES, including an A+++ SIDE ONE! It’s not the A&M Half Speed, and it’s not a British pressing either. It’s domestic folks, your standard plain-as-day A&M pressing, and we’re as shocked as you are. Hearing this copy (as well as an amazing Brit; they can be every bit as good, in their own way of course) was a THRILL, a thrill that’s a step up in “thrillingness” over our previous favorite pressing, the Half Speed.

The best of the best domestics and Brits are bigger, livelier, punchier, more clear and just more REAL than the audiophile pressing…

…something we knew had to be the case if ever a properly mastered non-Half Speed could be found. And now it has. Let the rejoicing begin! END_OF_DOCUMENT_TOKEN_TO_BE_REPLACED Whatever pressing sounds the best, sounds the best. Whether it’s the “right” pressing according to orthodox record collecting wisdom carries no weight whatsoever with us, and never will — because that way of thinking doesn’t produce good results. END_OF_DOCUMENT_TOKEN_TO_BE_REPLACED

White Hot on side one, and by far the best sound we heard in our shootout for these 1975 pressings. The originals from 1967 have never impressed us. Much more folk than pop, for the most part the sound here is tubey, rich and sweet. Re-released when HLAW hit big, this album features three great Linda solos.

This copy was clearly the best we played all day, but the sound certainly varies a fair amount from track to track. The best tracks are rich, tubey and clear; the worst thin, bright and hard.

The first track on side one rarely stayed clean when loud, but here it does. It’s a good test for whether or not you have a copy with low distortion mastering. Listen for the least amount of smear and congestion and the most resolution.

The second track is richer and tubier and is the proof that side one is mastered correctly.

On side two the first track is rough, the second track better, the third richer, sweeter and smoother still. END_OF_DOCUMENT_TOKEN_TO_BE_REPLACED

For this album, having sampled a large group of pressings from every era, we found the originals to be inferior to the best reissues we played. Naturally the ones we offer here as Hot Stampers will be the best of those reissue pressings. We are not the least bit worried that this vintage Impulse LP won’t beat the pants off of any original as well as any reissue you may have heard. And of course it is guaranteed to be dramatically better sounding than any Heavy Vinyl pressing produced by anyone, anywhere, at any time. END_OF_DOCUMENT_TOKEN_TO_BE_REPLACED

END_OF_DOCUMENT_TOKEN_TO_BE_REPLACED

New Skin For the Old Ceremony

This vintage LP has the kind of Tubey Magical Midrange that modern pressings rarely begin to reproduce. Folks, that sound is pretty much gone and it sure isn’t showing any sign of coming back.

Having done this for so long, we understand and appreciate that rich, full, solid, Tubey Magical sound is key to the presentation of this primarily vocal music. We rate these qualities higher than others we might be listening for (e.g., bass definition, soundstage, depth, etc.). The music is not so much in the details in the recording, but rather in trying to recreate a solid, palpable LEONARD COHEN singing live in your listening room. The best copies have an uncanny way of doing just that. END_OF_DOCUMENT_TOKEN_TO_BE_REPLACED

These three guys — Sam Jones is on the bass and Philly Joe Jones on the drums — are playing live in the studio and you can really feel their presence on every track — assuming you have a copy that sounds like this one. END_OF_DOCUMENT_TOKEN_TO_BE_REPLACED

More of the music of Leonard Bernstein

SUPERB sound can be found on these two Columbia stereo pressings of the Broadway Cast recording. This is a huge, spacious, natural, exciting All-Tube Golden Age recording that impressed us no end here at Better Records.

Imagine our surprise when the good sound of these copies turned out to not only have superb sound, but exceptionally quiet Mint Minus vinyl too! Don’t expect to see another of this quality any time soon. If we can’t find them, who can? END_OF_DOCUMENT_TOKEN_TO_BE_REPLACED

This copy was one of the better pressings we played in our shootout, but the sound varies a fair amount from track to track. The best tracks are rich, tubey and clear; the worst thin, bright and hard.

The first track on side one rarely stayed clean when loud, but here for the most part it does. It’s a good test for whether or not you have a copy with high quality, low distortion mastering. Listen for the least amount of smear and congestion and the most resolution.

The second track is richer and tubier – it proves that side one is mastered correctly.

On side two the first track is rough, the second track better, the third richer, sweeter and smoother still. END_OF_DOCUMENT_TOKEN_TO_BE_REPLACED