On most pressings, Simon’s voice is a spitty, gritty mess — sure it’s present, but where is the sweetness and warmth? Well, as a copy like this proves, more of those qualities made it to the tape than you might think. END_OF_DOCUMENT_TOKEN_TO_BE_REPLACED

So many copies excel in some areas but fall flat in others. This one has it ALL going on — all the tubey magic, all the energy, all the presence and so on. The sound is high resolution yet so natural, free from the phony hi-fi-ish quality that you hear on many pressings. END_OF_DOCUMENT_TOKEN_TO_BE_REPLACED

The acoustic guitars sound particularly good on this copy, with just the right balance of pluck and body. The vocals are breathy and full-bodied with extraordinary immediacy. The tonality from top to bottom is Right On The Money. I don’t think you could find a much better sounding copy of this album no matter how hard you tried. We went through plenty to find this one, I can tell you that. END_OF_DOCUMENT_TOKEN_TO_BE_REPLACED

It’s been about a year since we last found Hot Stampers of this album, and having made a number of improvements to the stereo over that time, I’m here to report that this album got a WHOLE LOT BETTER, better than I ever imagined it could get. Mona Bone Jakon now ranks as a DEMO DISC of the highest order, every bit the equal of Teaser and Tea.

To think that all three of these records came out in one fifteen month period is astonishing. The only other artists to have produced music of this calibre in so short a time would have to be The Beatles, and it took four of them to do it.

When you hear I Wish I Wish and I Think I See The Light on a Hot Stamper copy you will be convinced, as I am, that this is one of the greatest popular recordings in the history of the world. I don’t know of ANY other album that has more LIFE and MUSICAL ENERGY than this one. END_OF_DOCUMENT_TOKEN_TO_BE_REPLACED 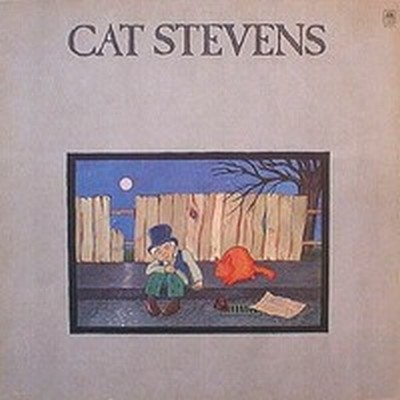 During the shootout for this record a while back we made a very important discovery, a seemingly obvious one but one that nevertheless had eluded us for the past twenty plus years (so how obvious could it have been?). It became clear, for the first time, what accounts for the wide disparity in ENERGY and DRIVE from one copy to the next. We can sum it up for you in one five letter word, and that word is conga.

We were listening to one of the better copies during a recent shootout. The first track on side one, The Wind, was especially gorgeous; Cat and his acoustic guitar were right there in the room with us. The transparency, tonal neutrality, presence and all the rest were just superb. Then came time to move to the other test track on side one, which is Changes IV, one of the higher energy songs we like to play.

Since this is one of my favorite records of all time, a true Desert Island Disc, I would never want to be without a pair of big speakers to play it, because those are the kinds of speakers that play it well. END_OF_DOCUMENT_TOKEN_TO_BE_REPLACED

TWO INCREDIBLE SIDES ON QUIET VINYL! We just finished our first big shootout for Anticipation in three years, and here’s the copy that finished at the top of the heap. Both sides have the kind of warm, sweet sound that perfectly conveys the emotional qualtity of Carly’s performance. Drop the needle on the song “I’ve Got To Have You” for some of the best Carly Simon sound you will ever hear — we were blown away!

Note that the first song, the title track, has a bit of a “radio EQ” feel and doesn’t sound as good as the rest. It’s a shame but there’s still a whole lot to like here.

The acoustic guitars sound particularly good on this copy, with just the right balance of pluck and body. The vocals are breathy and full-bodied with extraordinary immediacy. The tonality from top to bottom is Right On The Money. I don’t think you could find a much better sounding copy of this album no matter how hard you tried. We went through a lot of copies to find this one, I can tell you that!

When you hear the incredibly lush, highly detailed acoustic guitars on this record, you won’t be surprised to find out that the album was produced by Mr. Paul Samwell-Smith, who handles the same duties on Tea For The Tillerman and Teaser And The Firecat. You’ll hear his signature sound all over this album, particularly on the track I’ve Got To Have You. That’s not to say that we’d put this recording on the same level with those audiophile knockouts, but the richness and the sweetness of the midrange on the best copies is exactly what you’d expect from the team of Samwell-Smith and Carly Simon. (We wish the drums had a little more punch, but that’s just our inner rock-and-roller speaking!)

Is the Pink Label Island original pressing THE way to go? That’s what Harry Pearson — not to mention most audiophile record dealers — would have you believe.

But it’s just not true. And that’s good news for you, Dear (Record Loving Audiophile) Reader.

Since that’s a Lee Hulko cutting just like Tea here, the same insights, if you can call them that, apply. Here’s what we wrote: END_OF_DOCUMENT_TOKEN_TO_BE_REPLACED

Since then we have had many copies come in, but none that could compete with the Magic Stamper pressings. And the best part of this story is that, no, the best stampers are not 1U, or 2U, or even 3U. In other words they are far from the stampers found on the earliest pressings. That’s one reason it took us so long to discover them, because they are much less commonly found than pressings with the earlier stampers. By the time these later pressings were mastered, pressed and released, the album’s biggest selling days were over. For all we know this cutting may have been done just to keep the record in print, possibly undertaken many years after its initial release. END_OF_DOCUMENT_TOKEN_TO_BE_REPLACED

TEA FOR THE TILLERMAN is an album we admit to being obsessed with — just look at the number of commentaries we’ve written about it.

Where Do the Children Play? END_OF_DOCUMENT_TOKEN_TO_BE_REPLACED

Right off the bat, I want to say this is a work of GENIUS. Cat Stevens made three records that belong in the Pantheon of greatest popular recordings of all time. In the world of Folk Pop, Mona Bone Jakon, Teaser and the Firecat and Tea for the Tillerman have few peers. There may be other Folk Pop recordings that are as good but we know of none that are better. END_OF_DOCUMENT_TOKEN_TO_BE_REPLACED