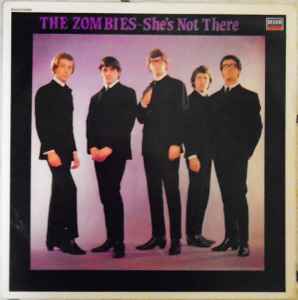 Tube smear is common to pressings from every era and this is no exception. The copies that tend to do the best in a shootout will have the least (or none), yet are full-bodied, tubey and rich. END_OF_DOCUMENT_TOKEN_TO_BE_REPLACED 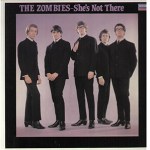 Classic Tracks: “She’s Not There, The Zombies

If one of the defining characteristics of a Classic Track is its immediate recognition, then The Zombies’ “She’s Not There” is as classic as it comes. One of its atypical characteristics, the distinctive opening bass notes and subsequent line that continues throughout the track, surely helped the band win the 1964 Hert’s Beat Competition, which earned them a recording contract with Decca Records. On the map and on their way.

The band had gotten together when they were 15-year-old schoolmates in 1961 in their hometown of St. Albans, England. Keyboardist Rod Argent recruited some of the members, as lead vocalist Colin Blunstone remembers, based on the alphabet. “We sat in class in alphabetical order, and I had a guitar,” Blunstone recalls.

Then after they won the competition, according to Blunstone, and just two weeks prior to their big recording session, producer Ken Jones said, “You could always try to write something.” END_OF_DOCUMENT_TOKEN_TO_BE_REPLACED 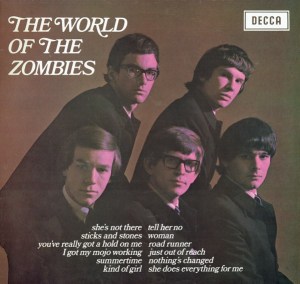 The World of the Zombies is for all intents and purposes a reissue of their 1965 debut album, Begin Here, with a few track changes, the most important of which is the addition of Tell Her No.

The drums here are clear and punchy and the bottom end is solid. The vocals do not get too bright as they have a tendency to do on some copies.

When you get a Tubey Magical copy like this, that Hammond B-3 sound is GLORIOUS. Smooth sweet vocals and dead on tonality complete the sonic picture here.

Just for fun sometime go to popsike.com and check out what the original first Zombies record on Decca sells for. Try $1500 and up! And people think our prices are high — we ain’t never charged that kind of bread. END_OF_DOCUMENT_TOKEN_TO_BE_REPLACED