The domestic pressings can sound very good but they can’t sound like this Brit original! This is clearly the master tape; all veils have been lifted, and the ambience and transparency of the soundstage are sublime on both sides. END_OF_DOCUMENT_TOKEN_TO_BE_REPLACED

The amazing Ken Scott (Ziggy Stardust, Magical Mystery Tour, Honky Chateau, Crime of the Century (all Top 100), as well as All Things Must Pass, Truth, Birds of Fire, Son Of Schmilsson, America’s debut and many more is the man responsible for the sound here (he also produced the album, replacing Tony Visconti). It should go without saying that this is one seriously talented guy.

As noted above, many of his best recordings can be found in our Rock and Pop Top 100 List of Best Sounding Albums, limited to the titles that we can actually find sufficient copies of with which to do our Hot Stamper shootouts. END_OF_DOCUMENT_TOKEN_TO_BE_REPLACED Heavy Vinyl Production And the Unpredictability of Random Processes

Those in the business of producing the highest quality remastered recordings on LP are crashing smack into a problem endemic to the manufacturing of the vinyl record — randomness.

Record producers can control many of the processes (variables) that go into the making of a high quality record. But they cannot control all of them. The word for such a situation, one with random, uncontrollable aspects, is “stochastic.”

Taking the liberty to paraphrase Wikipedia liberally, we would explain it this way.

A stochastic, or random, process, is the counterpart to a deterministic process. Instead of dealing with only one possible way the process might develop over time, in a stochastic or random process there is some indeterminacy described by probability distributions. This means that even if the initial condition or starting point is known, there are many possibilities the process might go to, but some paths may be more probable and others less so.

In other words, although some of the variables can be controlled, there will always be some element of randomness that makes the final result predictable within limits, but not predictable precisely.

END_OF_DOCUMENT_TOKEN_TO_BE_REPLACED

No. We was wrong about Lush Life.

END_OF_DOCUMENT_TOKEN_TO_BE_REPLACED

Your Thursday flyers are one of the highlights of my week. Some people think I don’t have a life… and they’re probably right. I’ve found myself steadily gravitating towards Hot Stampers. A large part of this has been because the majority of the LPs Better Records offers contain music I like.

Because funds are limited a tension arises in allocating expenditure on hardware and software (i.e. the LPs). But only with continuous (but judicious) improvement in the hardware can one truly appreciate how good each Hot Stamper is. You are right, it is expensive, time consuming and an obsession. Just keep those insightful random thoughts coming along. I have been at this for 25 years and am still learning. END_OF_DOCUMENT_TOKEN_TO_BE_REPLACED God Bless The Child is one of our favorite orchestra-backed jazz records here at Better Records. A few others at the top of my list would be Wes Montgomery’s California Dreaming (1966, and also Sebesky-arranged), Grover Washington’s All the King’s Horses (1973) and Deodato’s Prelude (also 1973, with brilliant arrangements by the man himself).

What’s especially notable is how well-recorded the strings are. They have just the right amount of texture and immediacy without being forced or shrill. They’re also very well integrated into the mix. I wouldn’t have expected RVG to pull it off so well — I’ve heard other CTI records where the orchestration was abominable — but here it works as well as on any album I know of.

The bass is deep and defined; the tonality of the guitar and its overall harmonic richness are beautifully rendered. The piano has the weight and heft of the real thing.

This kind of warm, rich, Tubey Magical analog sound is gone forever. You have to go back to 1971 to find it. END_OF_DOCUMENT_TOKEN_TO_BE_REPLACED

We just finished our first big shootout for Second Winter in years, and let me tell you, it is TOUGH to find Hot Stamper pressings of Second Winter. Most copies were congested, veiled and murky, but this one has the kind of clarity and openness that let you make sense of the music.

If you’re not familiar with the vinyl pressings of this album, you might be surprised when you pick up the second disc. Even though there are two LPs, there are only three sides with music. Side four has no grooves and is completely blank. The liner notes explain that spreading it out to three sides allowed them to get the best possible sound, and (thankfully) they didn’t want to add any filler. END_OF_DOCUMENT_TOKEN_TO_BE_REPLACED 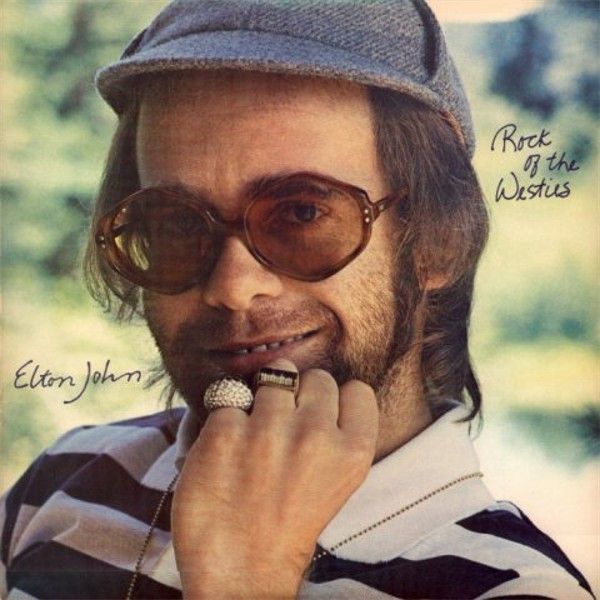 Here’s a record you practically never see on the site, and for one simple reason: it’s too difficult to find copies that sound good and play quietly enough, the kind without scratches or groove damage. As you may know from reading the site, British DJM vinyl is almost always somewhat noisy, but that’s pretty much the only way to go for most Elton albums, this album especially. The domestic pressings of ROTW are a joke as you surely have figured out by now if you’ve ever played one. END_OF_DOCUMENT_TOKEN_TO_BE_REPLACED

It’s An Uphill Battle Every Time