George Horn was doing brilliant work for Fantasy all through the ’80s. This album is proof that his sound is the right sound for this music. END_OF_DOCUMENT_TOKEN_TO_BE_REPLACED END_OF_DOCUMENT_TOKEN_TO_BE_REPLACED

We discuss two qualities essential to the sound of the album Why Can’t We Be Friends? — Richness and Transparency.

As usually happens in these shootouts we learned that there’s so much more to this album than just big bass. What really makes this music come alive on the best copies was the result of two qualities we found were in fairly short supply.

When the vocals sound thin and pinched as they do on so many copies of this album, possibly the result of the grainy crap vinyl UA is infamous for, that sour sound takes all the fun out of the music. Many tracks have group vocals and choruses, and the best copies make all the guys sound like they are standing in a big room, shoulder to shoulder, belting it out live and in living color. These are not classically trained singers. These are guys who love their music, who make up in enthusiasm what they lack in polish. I say more power to them. Smoke ’em if you got ’em and turn it up!

The good copies capture that energy and bring it into the mix with the full-bodied sound it no doubt had live in the studio. When the EQ or the vinyl goes awry and their voices start to take on a lean or gritty quality, the party’s over. (Seriously; this album has a party atmosphere; it’s overflowing with fun energy. If you can’t play it loud enough to rock because the sound is fighting you with every click of the volume knob, what is the point of playing it all?) END_OF_DOCUMENT_TOKEN_TO_BE_REPLACED Our shootout from a while back (4/2014) included a minty Gold Label pressing, which did reasonably well, but not great, on side one. Side two however was OFF THE CHARTS and won the shootout on that side handily. The fact that side one wasn’t a knockout is yet more evidence that individual pressings with the same label — even the “right” label — vary dramatically in sound.

The sound of most pressings of The Soft Parade is just plain horrible. The brass that opens side one is so pinched, compressed, grainy and aggressive it will practically make your hair stand on end. Almost all the reissue LPs sound like they are made from sub-generation EQ’d compressed tape copies, what are commonly called cutting masters. So many reissues have such a similar character that it’s hard to imagine they’re not all sourced from the same bad “master.”
END_OF_DOCUMENT_TOKEN_TO_BE_REPLACED

We played a bunch of these recently and this was one of the better copies we heard! It’s got more energy, more presence, and more body than many copies we heard. Drop the needle anywhere and listen to how open, transparent and spacious it is. The soundfield is HUGE — big, wide and deep! Everything sounds natural, balanced and correct. The bass has texture, the piano has weight, the brass has the right amount of bite and so on.

We had a big stack of copies for this shootout, including a bunch of 360 originals and some later Red Label pressings. You can find great sound on either label but it will probably take you quite a few copies to get there, and you’d need a serious stack to have any hope of finding two sides this good on vinyl that plays well.

And by the way, copies of classic Miles Davis albums from the ’60s are neither easy to find nor are they cheap. Hit the jazz bins at your local store and I’m sure you’ll have the same experience we’ve been having — tons of pricey modern reissues but not too many clean vintage pressings. END_OF_DOCUMENT_TOKEN_TO_BE_REPLACED

When comparing pressings of this record, the copies that get their voices to sound present, while at the same time warm, smooth, and sweet, especially during the harmonies and in the loudest choruses, are always the best. All the other instruments seem to fall in line when the vocals are correct. This is an old truism — it’s all about the midrange — but in the case of an early Beatles album such as For Sale, it really is true. END_OF_DOCUMENT_TOKEN_TO_BE_REPLACED 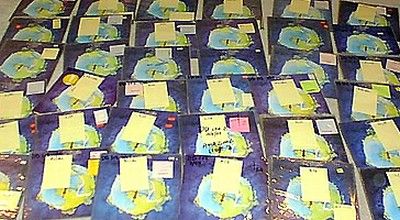 Also, there’s a noticeable lack of ambience throughout the record. What comes to mind when I hear a record that sounds like this is the dreaded R word: Reissue. I find it hard to believe they had the actual two-track original master tape to work with. The sound is just too anemic to have come from the real tape. If they did have the real tape, then they really botched the job.
END_OF_DOCUMENT_TOKEN_TO_BE_REPLACED

END_OF_DOCUMENT_TOKEN_TO_BE_REPLACED 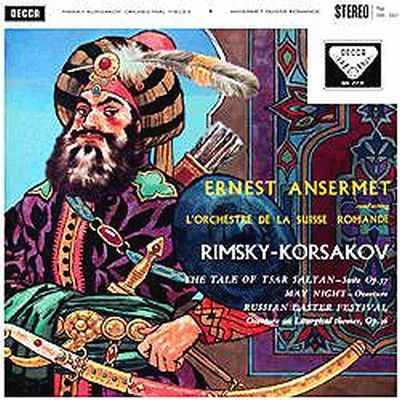 Case in point: the snare drum, which on this recording is located toward the back of the stage, roughly halfway between dead center and the far left of the hall. As soon as I heard it on the reissue I recognized how blurry and smeary it was relative to the clarity and immediacy it had on the earlier London pressings. I’m not sure how else to describe it – diffuse, washed out, veiled. It’s just vague.
END_OF_DOCUMENT_TOKEN_TO_BE_REPLACED

A killer copy of this wonderful 1958 Coltrane album, unbeatable on either side! We heard one that blew us away a few years big, so we picked up a bunch more and finally had the chance to evaluate them. The music was always enjoyable, but on a copy like this things really get going. Coltrane is joined here by Donald Byrd, Red Garland, Paul Chambers and Art Taylor — a top lineup, the same crew behind the great Lush Life. END_OF_DOCUMENT_TOKEN_TO_BE_REPLACED