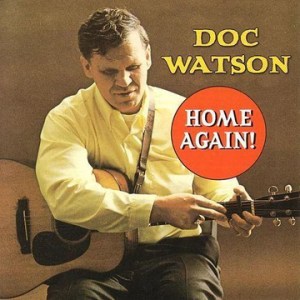 Having done this for so long, we understand and appreciate that rich, full, solid, tubey sound is key to the presentation of this primarily vocal music. We rate these qualities higher than others we might be listening for (e.g., bass definition, soundstage, depth, etc.). END_OF_DOCUMENT_TOKEN_TO_BE_REPLACED 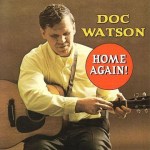 More of the Music of Doc Watson

Reviews and Commentaries for the Music of Doc Watson

Folks, if you made the mistake of buying the Cisco Heavy Vinyl reissue of this album, and you manage to grab one of our Hot Stamper pressings, you are really in for a treat.

I have to confess that when this record came out in 2003 I had a hard time coming to grips with what was wrong with it. I knew I didn’t like it, but I wasn’t sure exactly why. I wasn’t sure what it was doing wrong. It seemed tonally correct and natural sounding. Why didn’t I like it?

It wasn’t phony up top with sloppy bass like a MoFi. It wasn’t hard and transistory like so many Classic Records of the day.

I didn’t know the record so I had nothing to judge it by. But there was definitely something lacking in the sound that had me confused.

Eventually I figured it out. Looking back on it now, the problems with the Cisco I could not identify were these:

As my stereo got better and better, and my critical listening skills improved in tandem, it became more and more obvious to me what was wrong with the Cisco. When we play modern Heavy Vinyl pressings these days, especially albums we know well, it usually doesn’t take us two minutes to hear what they are getting wrong.

We go back and forth between the new pressing and one of our Hot Stampers a few times, make some notes, and proceed to put the review up on the blog, and maybe mention it in our listings for the album. A half hour or an hour is the most it takes these days. Like I say, these records are obviously doing some things poorly, and these failings are easy to spot if you know the album well, a little harder, but not that much harder, if you don’t.

The 45 RPM two disc version of Dire Straits’ first album MoFi cut at half speed not long ago is a disaster of epic proportions. There will be a video of me and my assistant Sunshine playing the record against some wonderful UK pressings and describing just how badly the brain trust at MoFi ruined the album.

It will be a while before it comes out, but until then you might want to do some searches for reviews, professional and otherwise, of their half-speed mastered recut. I have not seen anyone tear it to shreds, but I fully plan on doing so as soon as the video comes out.

I mention on this blog that Cisco’s releases (as well as DCC’s) had to fight their way through Kevin Gray’s opaque, airless, low-resolution cutting system. We discuss that subject on the blog in more depth here.

We only got around to putting the Cisco pressing in our Hall of Shame recently. There are just not enough hours in the day… 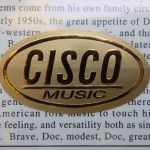 Having done this for so long, we understand and appreciate that rich, full, solid, tubey sound is key to the presentation of this primarily vocal music. We rate these qualities higher than others we might be listening for (e.g., bass definition, soundstage, depth, etc.).

Hot Stamper sound is rarely about the details of a given recording. In the case of this album, more than anything else a Hot Stamper must succeed at recreating a solid, palpable, real Doc Watson singing live in your listening room. The better copies have an uncanny way of doing just that.

END_OF_DOCUMENT_TOKEN_TO_BE_REPLACED 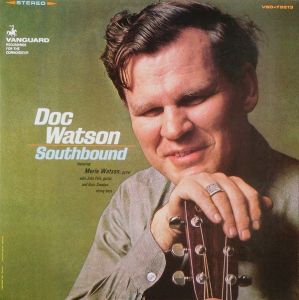 Folks, if you made the mistake of buying the Cisco Heavy Vinyl reissue of this album that came out in the early 2000s, you are in for treat. Instead of Doc and his band mates playing from behind a thick curtain at the back of your sound room, they can now be heard where they should have been all along: front and center between your speakers!

The difference between a truly outstanding vintage pressing and a modern mockery of analog could not be more striking. END_OF_DOCUMENT_TOKEN_TO_BE_REPLACED