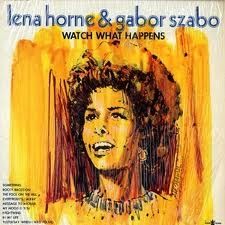 As music lovers and audiophiles this was a truly marvelous discovery for us years ago. True, we had known about the album for a long time, but as a practical matter it had been all but impossible to find enough clean copies to do a shootout — until now of course. We had a big pile to work with, a pile that took about five years to acquire, and one that includes both Buddah and Skye pressings.

Dave Sanders, a name I was not familiar with, brilliantly engineered the album as well as other favorites of ours, including Szabo’s 1969, Gilberto’s Windy and McFarland’s Does The Sun Really Shine On The Moon? It’s hard to find a recording he did that isn’t full of Tubey Magic, huge studio space and right-on-the-money instrumental timbres.

This is the most realistic drum kit I have heard on a non-jazz album in my life. The drum sound on the first track is exactly the sound we all know from hanging around small clubs and our friends’ garage bands. There is simply no audible processing on any part of the kit. The drums are centered behind the vocals and lead instruments, with what sounds like to me the barest of miking, surrounded by just the right amount of unbaffled studio space. END_OF_DOCUMENT_TOKEN_TO_BE_REPLACED 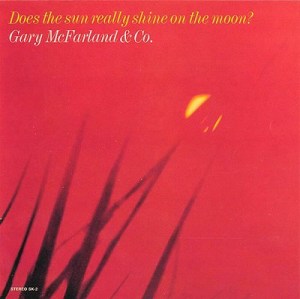 Look at the track listing — these are pop tunes by The Beatles and The Beach Boys set to jazzy arrangements, perfect for your bachelor pad. Enjoy this one for what it is — enchanting pop tunes without the vocals, superbly well recorded and well played by jazz guys who know how to have fun with these kinds of songs.

DCC did this title on CD and if you want one just drop us a note and we will include one with your order gratis.

This copy is dramatically more open and spacious than any of the other copies we’ve heard. The organ and bass are especially well recorded.

Drop the needle on God Only Knows to get a taste of how good side one sounds. END_OF_DOCUMENT_TOKEN_TO_BE_REPLACED 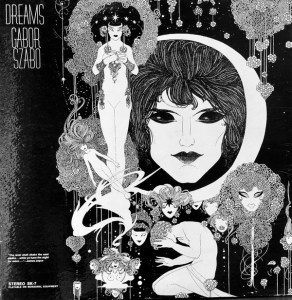 This original Black Label Skye LP has an EXCELLENT SIDE TWO backed with a pretty good side one.

Szabo has made a number of mediocre albums, some of which are poorly recorded, but thankfully this is not one of them. In fact, this is some of the best sound and music he produced for Skye. Side two is open and spacious with a HUGE three-dimensional soundfield that really allows you to hear into the music.

Side one is pretty darn good as well. While not quite as three-dimensional as side two it still retains some of that quality. Listen to all the crazy studio recording effects on the first track. END_OF_DOCUMENT_TOKEN_TO_BE_REPLACED 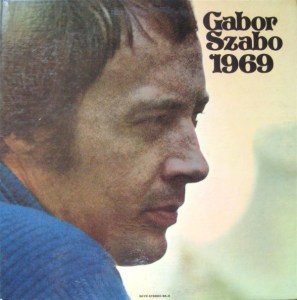 END_OF_DOCUMENT_TOKEN_TO_BE_REPLACED

This vintage Skye pressing has the kind of Tubey Magical Midrange that modern records can barely BEGIN to reproduce. Folks, that sound is gone and it sure isn’t showing signs of coming back. If you love hearing INTO a recording, actually being able to “see” the performers, and feeling as if you are sitting in the studio with the band, this is the record for you. It’s what vintage all analog recordings are known for — this sound. END_OF_DOCUMENT_TOKEN_TO_BE_REPLACED