Reviews of Some of Our Favorite Female Vocal Albums 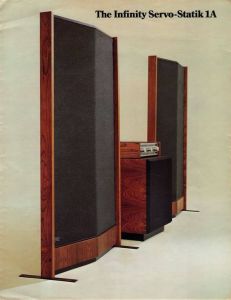 END_OF_DOCUMENT_TOKEN_TO_BE_REPLACED

White Hot Stamper sound on both sides — this is some killer jazz guitar “trio” sound. There are actually two guitarists on this record, John Pisano being the other one, plus bass and drums. We’re big fans of Pacific Jazz recordings from this era, with 1964 live in the studio Tubey Magic to die for.

We’ve played quite a few of these early jazz guitar records by the likes of Kenny Burrell, Joe Pass, Charlie Byrd, Grant Green, Wes Montgomery and others. Can’t say I’ve ever heard a better sounding one than this.

The All Tube live in the studio approach to the recording results in natural, open, rich, clear, spacious, dynamic sound the likes of which you may have never experienced. The exceptionally clear, tight, note-like bass is an added bonus — not many tube recordings get the bass to sound that way! END_OF_DOCUMENT_TOKEN_TO_BE_REPLACED

With 18 pieces in the studio this album can be a real powerhouse — if you have the right copy — and this White Hot pressing can show you just how lively and dynamic this music can be. It’s a real Demo Disc, no doubt about it.

Both sides here are excellent, with real strength down low, nice extension up top, and incredible clarity and transparency. Play this one good and loud and put yourself front and center for a rip-roarin’ performance led by the king Bill Basie!

We’ve become huge fans of these Basie Big Band records. Allen Sides knew just how to record this stuff by the time Basie came around to Pablo — on the best pressings you can hear that this is big band music recorded just right. The sound is clean and clear with excellent transparency and the kind of separation between the instruments that lets you appreciate the contributions of each player. END_OF_DOCUMENT_TOKEN_TO_BE_REPLACED

Yet Another Audiophile Quality Pressing “Discovered”

Brought to you by the folks at Better Records.  We know a good sounding record when we hear one.

And the music is interesting and fun from first song to last. With Joe Pass on guitar how could it not be – the guy’s a very talented player.

With two Triple Plus (A+++) shootout winning sides, this original stereo World Pacific copy simply could not be beat

Botnick is of course the man behind the superb recordings of The Doors, Love and others too numerous to mention.

He also recorded another of our favorite West Coast jazz ensemble records, Bud Shank And the Sax Section. That undiscovered gem — well known to us but heretofore undiscovered by the audiophile public as far as we can tell — has a lot in common with this album. Top players, smart arrangements, superb sound, the album is as fun as Fun West Coast Jazz gets.

This copy is spacious, sweet and positively dripping with ambience. Talk about Tubey Magic, the liquidity of the sound here is positively uncanny. This is vintage analog at its best, so full-bodied and relaxed you’ll wonder how it ever came to be that anyone seriously contemplated trying to improve it. END_OF_DOCUMENT_TOKEN_TO_BE_REPLACED

Only recently did I become familiar with this record, released in 1981 from sessions recorded in 1977. We pick up all the Pablo Basie titles we can get our hands on these days. When we dropped the needle on a copy of the album we were amazed at the sound. Don’t know much about the engineer — Geoff Sykes — but he did a great job working at Kendun for this session.

This was the first of a series of smaller ensemble recordings under the heading of Kansas City. We have more coming, including the superb Kansas City piano trio album entitled “For the Second Time” with Louis Bellson and Ray Brown, a record that can have superb sound on the Pablo pressing (but steer clear of the OJC which is thin and opaque, the opposite of the sound you want).

With such a small group and no horn players there is much more room for interplay between Basie and either Pass or Jackson. As the liner notes make clear, both vets quickly adapted their playing styles to the laidback Count Basie approach to the blues. If you are in the market for some smooth Basie grooves with exceptionally good sound, this one should be right up your alley. END_OF_DOCUMENT_TOKEN_TO_BE_REPLACED

END_OF_DOCUMENT_TOKEN_TO_BE_REPLACED 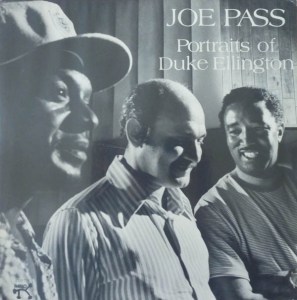 Maybe it’s the fact that there are only three instruments playing, live in the studio, that accounts for the amazing recording quality. Nobody knows, certainly not us, but the one thing we can say for sure is that you will have a very hard time finding a guitar trio album that sounds remotely as good as this one does.

And the music is by The Duke himself. How great is that? Can’t fault the song choices in any way; they’re all classics: Satin Doll; Sophisticated Lady; I Got It Bad (And That Ain’t Good); In A Mellowtone; Don’t Get Around Much Anymore; Do Nothin’ ‘Till You Hear From Me and more.

Watch for more Joe Pass albums coming to the site. After hearing this album, and enjoying the hell out of it, we’re hunting down everything we can get our hands on to audition. I’d be surprised if we find another album with sound this good, but in the land of records you just never know.

A Tribute To My Friends

This is one of the best Peterson records. It got rave reviews in the old catalog when we actually had sealed copies to sell. (Those days are long gone.)

I don’t know of any other Pablo recording of the Duke from this era that has such big, open, clear, solid sound. VAL VALENTIN did the engineering, and as he has so often over the course of his storied career, he knocked it out of the park.

What both sides of this exceptionally good sounding Pablo pressing have to offer is not hard to hear:

No doubt there’s more but we hope that should do for now. Playing the record is the only way to hear all of the qualities we describe above, and for that you will need to take this copy of the record home and throw it on your table. END_OF_DOCUMENT_TOKEN_TO_BE_REPLACED

This vintage LP has the kind of Tubey Magical Midrange that modern pressings cannot BEGIN to reproduce. Folks, that sound is gone and it sure isn’t showing any sign of coming back. END_OF_DOCUMENT_TOKEN_TO_BE_REPLACED