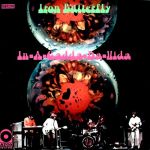 Problem solved, except for the fact that on those copies In-A-Gadda-Da-Vida sounds like a cassette playing on a machine with worn out heads. The sound is smeary, veiled, small and recessed — all but unlistenable.  END_OF_DOCUMENT_TOKEN_TO_BE_REPLACED