The best domestic pressings we heard, the ones cut by Robert Ludwig at Masterdisk, were simply not competitive with the original British LPs.

END_OF_DOCUMENT_TOKEN_TO_BE_REPLACED

What’s key to the sound of Foreigner’s records? Obviously, the big one would have to be ENERGY, a subject we have discussed at length here on the site. Next would be punchy ROCK BASS, followed by clear, present vocals.

Those are the big ones, and we are happy to report that this copy had the best Foreigner sound in all three areas. END_OF_DOCUMENT_TOKEN_TO_BE_REPLACED Note how spacious, big, full-bodied and DYNAMIC both sides are. That’s why they’re Super Hot. I am pleased to report that the whomp factor on these sides was nothing short of MASSIVE. With tons of bass these sides have what it takes to make the music ROCK. END_OF_DOCUMENT_TOKEN_TO_BE_REPLACED 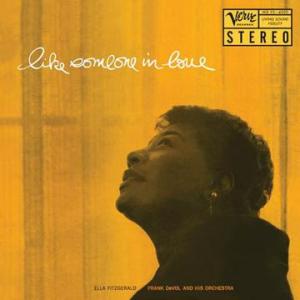 Prodigious amounts of Tubey Magic as well, which is key to the best sounding copies. The sound needs weight, warmth and tubes or you might as well be playing a CD. END_OF_DOCUMENT_TOKEN_TO_BE_REPLACED

END_OF_DOCUMENT_TOKEN_TO_BE_REPLACED

For those of you who think technology marches on — which of course it does in some ways — this 1956 recording (finally released in stereo in 1960) shows that they could capture the authentic sound of the real instrument with the equipment of the day. Maybe they could even capture it better back in those days. I certainly can’t think of a better organ record than this, and musically I don’t think there are too many organists in Richter’s class. END_OF_DOCUMENT_TOKEN_TO_BE_REPLACED END_OF_DOCUMENT_TOKEN_TO_BE_REPLACED

Fortunately for the both of us we are not trying to make a record that sounds the way this one does. We’re just trying to find one, and folks, we found the hell out of this one. END_OF_DOCUMENT_TOKEN_TO_BE_REPLACED