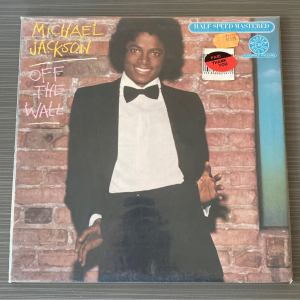 I remember when we audiophiles looked down our noses at CBS Half-Speeds because they weren’t pressed in Japan and sold at a notable discount to the offerings of Mobile Fidelity and their competitors.

But we were so desperate back then for good sounding pressings that we bought them anyway!

If you are buying these modern pressings, take the advice of some of our customers and stop throwing your money away on Heavy Vinyl and Half-Speed Masters.

END_OF_DOCUMENT_TOKEN_TO_BE_REPLACED

Another Half Speed reviewed and this one’s not bad!

The CBS Half-Speed is actually quite good. It’s been twenty years since I played one but I used to like it. Of course, once you hear the real thing you can never go back, but it blows the doors off the muddy MoFi.

END_OF_DOCUMENT_TOKEN_TO_BE_REPLACED

Roger, you seem to be using the phrase “tonally lean” unpejoratively (if I can make up such a word), whereas for us here at Better Records, that is the kiss of death for Half-Speeds, and in fact Audiophile Records of All Kinds. Lack of weight down below, lack of Whomp Factor, is the main reason half-speed mastered records are so consistently and ridiculously bad. If not bad, certainly wrong. You can be very sure that Boston would not want, nor would they put up with, that kind of anemic sound for a minute. END_OF_DOCUMENT_TOKEN_TO_BE_REPLACED

Those copies showed us a Leftoverture we didn’t know existed and gave us a goal to shoot for with all the other copies we played. After hearing such a truly killer copy we often go back and downgrade the ratings for the copies we thought were the best. Such is the way with these shootouts. END_OF_DOCUMENT_TOKEN_TO_BE_REPLACED

Lack of weight down below, or as we like to call it, Whomp Factor, is the main reason half-speed mastered records are so consistently bad. (If not bad, certainly wrong.) You can be sure that Boston would not have wanted, nor would they have been willing to accept, the kind of anemic sound that the half speed delivers.

The CBS is cut clean from a good tape, so it easily beats the bad domestic pressings, of which there are many. But it can’t rock. What good is a Boston record that doesn’t rock? It’s a contradiction in terms; the band, as well as their debut album, have no other reason to exist.

Here’s what we used to say about the record:

“This is the best sounding version of this music that I know of. A Better Records recommended pressing!”

Which means it’s another We Was Wrong listing. We have a whole section of them.

One copy was dead as a doornail, so smooth, opaque and lifeless it would put you to sleep.

The other literally sounded like a CD, and not a very good one at that! Grungy, gritty, hard and cold, it was everything we analog lovers hate about digital.

We grade both copies F for Failing. If you want a good sounding one steer clear of the CBS Half Speed. END_OF_DOCUMENT_TOKEN_TO_BE_REPLACED

No slam, no real weight and no deep deep bass, just that 30-plus-cycles stuff and barely any of that, mostly 40 and up if you’re lucky, and BLUBBERY.

Our good customer Roger wrote to tell me how much better he liked our $100 Hot Stamper of Little Queen compared to his CBS Mastersound Half-Speed Mastered LP.

As you can see from our old commentary I used to actually think the Mastersound pressing was pretty good, with better extension on the top to help overcome this album’s typically dull, thick, opaque sound.

But that’s before I discovered the Hot Stampers, which fix EVERYTHING and turn this album into a real Demo Disc. END_OF_DOCUMENT_TOKEN_TO_BE_REPLACED

Records with too much bass and especially too much top end can’t be played loud. The louder you play them the worse they sound. Try playing the average MoFi at a loud volume. All that extra 10k starts to make your brain hurt. The CBS half-speed of this album is like that. It’s frustrating — the music makes you want to turn it up but the sound says forget it. Not the good pressings. They sounds BETTER when you play them loud.

Both this album and Leftoverture are way too bright and thin. What were the engineers thinking — brighter equals better? In the case of these two titles it most definitely is not. It’s the sound that most audiophiles are fooled by to this day! Brighter and more detailed is rarely better. Most of the time it’s just brighter. Not many half-speed mastered audiophile records are dull. They’re bright because the audiophiles who bought them preferred that sound. I did too, a couple of decades ago. Hopefully we’ve all learned our lesson by now, expensive and embarrassing as such lessons often turn out to be.