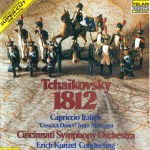 Having played this record all the way through, I have to comment on some of its sonic qualities. It’s about the most dynamic recording I’ve ever heard. This was the promise of digital, which was never really delivered. On this record, that promise has been fulfilled. The performance is also one of the best on record. It’s certainly the most energetic I can remember.

Now that we’ve heard the best pressings of the Alwyn recording on Decca I would have to say that Alwyn’s is certainly every bit as energetic if not more so and dramatically better sounding as well.

END_OF_DOCUMENT_TOKEN_TO_BE_REPLACED 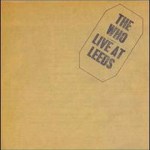 Flat as a pancake sound. The CD almost has to be better. 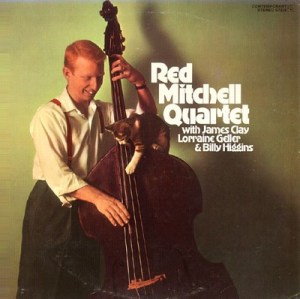 TWO SUPERB SIDES on quiet vinyl. This stunning copy of this Better Records fave has some of the best upright bass sound we’ve heard; it’s welll-defined with texture and weight. It’s also unbelievable dynamic and lively. The clarity and transparency are mindblowing here. We went crazy over the huge soundfield on this copy — wall to wall, floor to ceiling, and then some.

The Sound of the Best Copies

Let’s face it: many reissues of this 1957 recording — this pressing is on the yellow ’70s label — have a veiled, dull quality to their sound. When they don’t, man, they can really beat the pants off even the best originals.

We get Black Label original Contemporary pressings in all the time, but few of them are mastered right and most never make it to the site. Some are pure muck. Some have bass so bloated that it’s hard to believe anyone would ever take that kind of sound seriously.

Don’t buy into that record collecting slash audiophile canard that Original Equals Better. That’s bullshit. Records don’t work that way, and anyone with two good ears, two good speakers and a decent-sized record collection should have learned that lesson a long time ago. The fact that a minority of audiophiles and record collectors actually do understand these things is a sad commentary on the state of reproduction in the home. But that’s another story for another day. END_OF_DOCUMENT_TOKEN_TO_BE_REPLACED 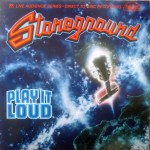 An awful Direct to Disc recording. This is the kind of crap we audiophiles used to put up with back in the ’70s before we had much of a clue.

The bad sound and pointless music means that it clearly belongs in only one place on our site: the Hall of Shame. 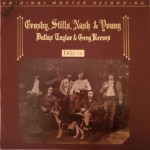 Just for fun about 10 years ago I pulled out a MoFi pressing of Deja Vu I had laying around. I hadn’t played their version in a long time. I could have gone a lot longer without playing it, because what I heard was pretty disappointing. Playing their record confirmed all my prejudices. The highs sizzled and spit. The heart of the midrange was recessed and sour.

And if that’s not bad enough, the bass definition disappeared. Bass notes and bass parts that were clearly audible and easily followed on our Hot Stamper copies were murky, ill-defined mud on the MoFi.

If you own the MoFi you owe it to yourself to hear a better sounding version. You really don’t know what you’re missing. END_OF_DOCUMENT_TOKEN_TO_BE_REPLACED 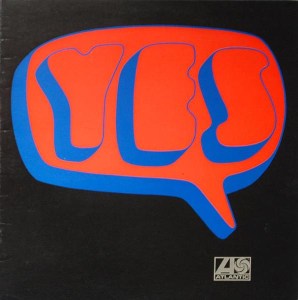 I wish I could say that this was the sonic (or musical) equivalent of Fragile of The Yes Album — or even the second album, Time and a Word — but that’s simply not the case. Still, there’s a lot to like here and it’s fun to hear the band developing their style and growing into the pop-prog behemoth they would become with their third release.

What shootout winning sides such as these have to offer is not hard to hear:

No doubt there’s more but we hope that should do for now. Playing the record is of course the only way to hear all of the above. END_OF_DOCUMENT_TOKEN_TO_BE_REPLACED 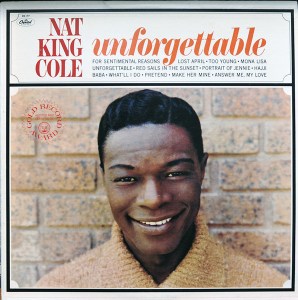 Our shootout winner here had the clearest, most natural vocals, with a living, breathing Nat King Cole front and center. Hard to believe some of these songs date back to 1946, with the most recent being from 1954. No matter; whatever the limitations of the recording technology, they knew enough of what they were doing to get Nat’s voice consistently right for practically every track.

One of the key elements we noticed on the best of the best was the relaxation in Nat’s performance. He sings so effortlessly on the best copies; on other pressings you often don’t notice that casual quality.

Warmth and sweetness were nearly as important, the distinctive and unmistakeable hallmarks of vintage All Tube Analog. Each of these qualities combined to make the music on these sides as thoroughly involving and enchanting as any album of its kind we have ever offered.

If anything the sound on his albums gets even worse in the ’60s. Many of Nat’s albums from that decade are over-produced, bright, thin and shrill. END_OF_DOCUMENT_TOKEN_TO_BE_REPLACED 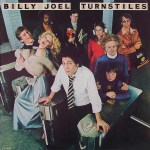 On side two Prelude/Angry Young Man were key test tracks. The biggest, richest copies with the most space were the ones that consistently brought out the best in the songs and individual performances of the players.

Summer, Highland Falls is a great test — listen for breathy vocals, a full piano, a clear snare drum once it comes in and, most importantly, an energetic performance. You will need all four to score well in one of our shootouts.  END_OF_DOCUMENT_TOKEN_TO_BE_REPLACED 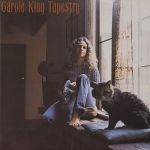 Notice how the third track on side two, Will You Still Love Me Tomorrow, which Carole wrote when she was only eighteen and which became a big hit for The Shirelles, is actually the best sounding song on the entire album.

I have a theory that this song was recorded toward the end of the sessions, and the reason it sounds so good is that it took them until then to figure out how to do it. This is no Demo Disc by any means. The recording itself seems to have shortcomings of every kind from track to track. Perhaps as they made their way through the sessions they were learning from their mistakes, mistakes that no one could go back and fix without starting all over again, and by the time they got to this track they had it all figured out. Of course that is just a guess, nothing but speculation on my part. Regardless of the cause, see if you don’t hear what I’m talking about.

Carole, We Love You 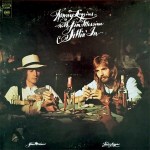 More of the Music of Loggins and Messina

Practically any copy you find will have a bit of a boost in the bottom end. The kick drum really kicks on this album, more than it should in fact.

Equally critical. So many copies are veiled in the midrange, partly because they may have shortcomings up top, but also because they suffer from blurry, smeary mids and upper mids. With so many stringed instruments; horns and woodwinds (oboe, saxes, flute, recorder); as well as plenty of percussion elements in the mix for practically every song, dull, dead sounding L & M pressings can’t begin to communicate the musical values in their superb recordings. Boredom will set in before long.

Although this quality is related to the above two, it’s not as important overall as the one below, but it sure is nice to have. When you can really “see” into the mix, it’s much easier to pick out each and every brass and wind instrument, and hear all the effects on the guitars, in order to gain more insight into the arrangement and the recording of the material.

Seeing into the mix is a way of seeing into the mind of the artist. To hear the hottest copies was to appreciate even more the talents of all the musicians and producers involved, not to mention the recording engineers.