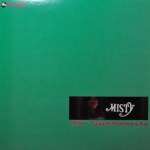 This is a highly recommended Three Blind Mice LP. We don’t like most Three Blind Mice albums, or jazz played by practically anyone who is not American. (Ever played Jazz at the Pawnshop? If so, did you enjoy your nap?)

But we like the music of Yamamoto well enough to recommend some of it. Midnight Sugar might actually be his most enjoyable album of them all.

The Heavy Vinyl versions are not as good, although the 45 RPM pressing probably comes the closest to the real Japanese pressing we review here. Anything pressed at RTI is rarely better than second rate and should be avoided if at all possible.

We almost never like records Made In Japan that were not recorded in Japan. There are of course a few exceptions.

This was the first Three Blind Mice recording I ever heard, over 20 [now close to 40] years ago. A fellow audiophile who went on to become sort of an audio guru for me (George Louis) played me this recording to demonstrate his stereo. It had to be the most dynamic piano recording I had ever heard in my life.

Yamamoto likes to tinkle the keys very softly, and then really pound them. And the Three Blind Mice engineers were able to capture both the quiet tinkling because of the Japanese vinyl, and the full-on pounding because of the audiophile recording equipment they used. It was an ear-opening experience.

Over the course of the next year or two, I sold off my Fulton Premiers and my Audio Research Electronics, because no matter how hard I tried, I couldn’t get Misty to sound like it did at George’s house. I realized that it takes better equipment than those companies were making back then to get the sound of that record right, and that put me on, to quote Cat Stevens, ”the road to find out.” END_OF_DOCUMENT_TOKEN_TO_BE_REPLACED 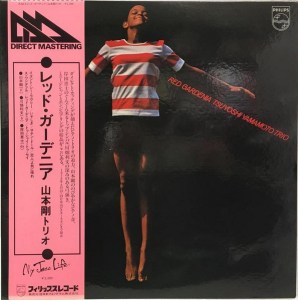 Philips is one of the better direct disc labels from back in the day (although that isn’t saying much because most of them were mediocre at best). It was garnering rave reviews from TAS a couple of decades ago. Does anybody remember? Probably not, but I do. I flipped out when I saw this record in my local shop. They charged top dollar but I paid it, knowing what a rare and special record it is. END_OF_DOCUMENT_TOKEN_TO_BE_REPLACED 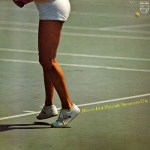 More of the Music of Tsuyoshi Yamamoto

On this album there’s almost none of that “introspective noodling jazz” that the Japanese are infamous for. I love Midnight Sugar as much as the next guy, but too much of that kind of music is wearying.

Yamamoto’s Trio wants to show that it can play good old fashioned straight ahead American piano jazz with the best of them. I hear echoes of Bill Evans in Yamamoto’s playing. Supposedly he was a big Errol Garner fan as well. END_OF_DOCUMENT_TOKEN_TO_BE_REPLACED 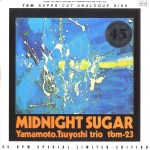 We haven’t played a copy of this record in years, but back in the day we liked it, so let’s call it a “B” with the caveat that the older the review, the more likely we are to have changed our minds.

This 45 RPM Three Blind Mice 180g Double LP has DEMO DISC SOUND! The 33 RPM versions were pretty darn amazing but these 45s take the sound of this recording to an entirely new level.

There are a couple of quite obvious benefits to mastering this music at 45 RPM. One is that Yamamoto tends to use his right hand in a percussive manner, which creates tracking problems on most any set up. At 45 RPM the mastering engineer is able to cut those transients, full of difficult to deal with harmonics, much more cleanly and accurately. The result is a sense of “ease” that you don’t hear on the 33.

It’s a bit like having a slightly underpowered system which makes loud passages or transients seem to be right at the edge of distortion, and then switching to a more powerful amplifier and hearing those passages reproduced with the relaxed quality that more headroom gives you.

Also the sound opens up quite a bit on these 45s so that more of the room ambience is heard. The Japanese are famous for their close-miking, and sometimes the sense of real musicians in a real space is lacking. Here much of that quality is restored.

Yamamoto is one of the few Japanese jazz players who has any feel for the medium. If you like bluesy jazz piano with amazingly dynamic sound, you can’t go wrong here.