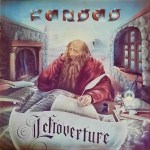 This copy of Kansas’ most consistent album, their masterpiece I might venture to say, has an OFF THE CHARTS A+++ side two! This copy shows you the ROCK album they actually recorded. The average copy of Leftoverture only hints at the power of the band.

Most copies, like so many rock records from the era, are veiled and smeary. Often they lack extension at one or both ends of the frequency spectrum, more often than not up top, which results in harshness and shrillness, not the sound you want on a Kansas record!

But copies such as this one show you the kind of sound that is possible with Leftoverture. It is, in a word, SMEAR-FREE, with superb transients, textures and clarity that are the natural result of getting every last bit of musical information into the grooves.

Another tough test: the vocals on the first track. They often sound strained right from the get go. It’s the rare copy that doesn’t show some strain on those first four lines. This copy, as good as it was, even had a trace of it. (Sometimes the sound is so strained it’s game over after the first thirty seconds. Who can listen to that kind of sound?)

Folks, if you have the big speakers that a balls-to-the-walls rock record like this one demands, you are in for one serious audiophile quality prog-rock experience. (Or is is Art Rock as the AMG likes to call it?) Wall to wall and floor to ceiling barely begins to do it justice. Like so many of the great rock recordings, the sound just JUMPS out of the speakers!

Side one was good, but simply not in the same league as side one, not even close. We gave it an A+ for being open and extended, but it is not as full-bodied as the best.

END_OF_DOCUMENT_TOKEN_TO_BE_REPLACED

Clearly Kansas’s most consistent and engaging album, their true masterpiece by our lights, a copy as good as this will show you the awesome ENERGY the band brought to their music.

On the hottest of our Hot Stampers the recording is a glorious example of the Big Rock Sound we love here at Better Records. Wall to wall and floor to ceiling barely begins to do it justice. Like so many of the great rock recordings we offer, when you play one of our Hot Stampers the sound commands your attention. END_OF_DOCUMENT_TOKEN_TO_BE_REPLACED

Drop the needle on Dust in the Wind — here the guitars and vocals are full-bodied and natural, qualities unfortunately in short supply on the typical pressing. END_OF_DOCUMENT_TOKEN_TO_BE_REPLACED 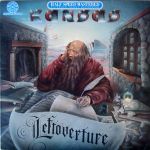 Those copies showed us a Leftoverture we didn’t know existed and gave us a goal to shoot for with all the other copies we played. After hearing such a truly killer copy we often go back and downgrade the ratings for the copies we thought were the best. Such is the way with these shootouts. END_OF_DOCUMENT_TOKEN_TO_BE_REPLACED

Both this album and Leftoverture are way too bright and thin. What were the engineers thinking — brighter equals better? In the case of these two titles it most definitely is not. It’s the sound that most audiophiles are fooled by to this day! Brighter and more detailed is rarely better. Most of the time it’s just brighter. Not many half-speed mastered audiophile records are dull. They’re bright because the audiophiles who bought them preferred that sound. I did too, a couple of decades ago. Hopefully we’ve all learned our lesson by now, expensive and embarrassing as such lessons often turn out to be.