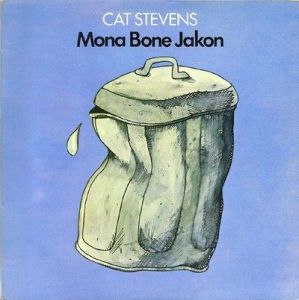 Tubey Magical Acoustic Guitar reproduction is superb on the better copies of this album. Simply phenomenal amounts of Tubey Magic can be heard on every strum, along with the richness, body and harmonic coherency that have all but disappeared from modern recordings (and remasterings). END_OF_DOCUMENT_TOKEN_TO_BE_REPLACED 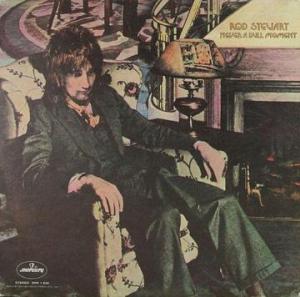 And this Hot Stamper, not to overstate the obvious, is clearly the way to hear it. END_OF_DOCUMENT_TOKEN_TO_BE_REPLACED 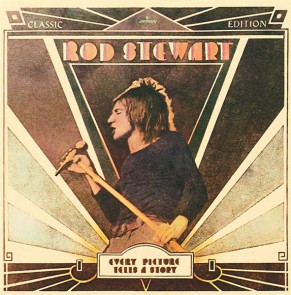 Not too many of our Hot Stamper titles are going to ROCK the way this one can. We put it in a class with Led Zep II, Sticky Fingers, Nevermind, and Back In Black — elite company to say the least.

Some of the best rock bass ever recorded can be found here too — punchy, note-like and solid as a rock. If you have the system for it you are going to have a great time playing this one for your friends, audiophiles or otherwise. END_OF_DOCUMENT_TOKEN_TO_BE_REPLACED

A Record We may Never Shootout Again

Some records were just too much work to find, too expensive to buy and whose sales never really justified the investment in time and money required to find Hot Stamper pressings of them to offer to our customers.

This is one such album, and the link above will take you to many more.

Here’s how this shootout got started.

A few years ago while I was working on the site I had music on youtube playing. The song “Flying” came on from the It Ain’t Easy album, and when the chorus came in I could not believe how big, rich and powerful it sounded — this, on computer speakers! END_OF_DOCUMENT_TOKEN_TO_BE_REPLACED

END_OF_DOCUMENT_TOKEN_TO_BE_REPLACED 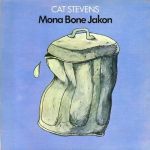 It’s been about a year since we last found Hot Stampers of this album, and having made a number of improvements to the stereo over that time, I’m here to report that this album got a WHOLE LOT BETTER, better than I ever imagined it could get. Mona Bone Jakon now ranks as a DEMO DISC of the highest order, every bit the equal of Teaser and Tea.

To think that all three of these records came out in one fifteen month period is astonishing. The only other artists to have produced music of this calibre in so short a time would have to be The Beatles, and it took four of them to do it.

When you hear I Wish I Wish and I Think I See The Light on a Hot Stamper copy you will be convinced, as I am, that this is one of the greatest popular recordings in the history of the world. I don’t know of ANY other album that has more LIFE and MUSICAL ENERGY than this one. END_OF_DOCUMENT_TOKEN_TO_BE_REPLACED

The best album by this duo – their strongest songwriting and arrangements. Nearly White Hot on side one, with vocals that are full-bodied, rich and solid.

A forgotten Classic from 1971, the album holds up very well forty plus years on.

Their commercial breakthrough would come with their next album, Year of Sunday, helped out by scores of session cats, but I much prefer the less commercial — although it’s far from uncommercial — sound of Year of Sunday. I am apparently not alone in my love for this album. Of the thirteen reviews on Amazon, every one gives it Five Stars(!).

The consistency of the songwriting is very strong here as well, with surprisingly powerful emotional currents. There’s not a dog in the bunch, and many of the better tracks are gems of popcraft. Some of the my favorites are When I Meet Them, Cause You Love, and Antoinette on side one, and Paper Airplanes, Irish Linen and Springfield Mill on side two.

Smooth and very rich, with big bass, this is without a doubt precisely the right sound for the album. Very few copies managed to pull off the rich tonal balance that this side has going for it. 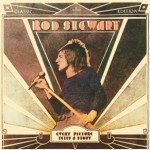 More of the Music of Rod Stewart

A knockout Top Copy, with a side one so jaw-droppingly amazing that we awarded it the rare Four Plus (A++++) grade. The sound is incredibly rich, full-bodied and open with excellent clarity — you will be FLOORED.

Please note that we do not have a graphic for the above chart to indicate the Four Plus grade, since we award it so rarely. Our rating system usually only goes to three pluses, but this side one was so amazing we had to give it a fourth!

This is a superb recording, and on a pressing like this it is true Demo Disc material! Not too many of our Hot Stamper titles are going to ROCK you the way this one does. We put it in a class with Led Zep II, Sticky Fingers, Nevermind, and Back In Black — elite company to say the least! END_OF_DOCUMENT_TOKEN_TO_BE_REPLACED 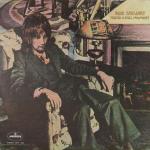 The credit must go to the engineering of MIKE BOBAK for the DEMO DISC SOUND. We just finished our most comprehensive shootout ever for the album, culling the best sounding dozen from about twenty five entrants, and this copy just plain kicked all their butts, earning our highest grade on side one (A+++).

Having made a number of serious improvements to our system in the last few months, I can state categorically and without reservation that this copy of Never a Dull Moment achieved the best stereo sound I have ever heard in my life (outside of the live event of course). I’m still recovering from it.

Side one here is OFF THE CHARTS! No other side one could touch it. It’s got all the elements needed to make this music REALLY ROCK — stunning presence; super-punchy drums; deep, tight bass; and tons of life and energy.

So many copies tend to be dull, veiled, thick and congested, but on this one you can separate out the various parts with ease and hear right INTO the music. It’s also surprisingly airy, open, and spacious — not quite what you’d expect from a bluesy British rock album like this, right? But the engineers here managed to pull it off! One of them was Glyn Johns (mis-spelled in the credits Glynn Johns), who’s only responsible for the first track on side one, True Blue. Naturally that happens to be one of the best sounding tracks on the whole album. END_OF_DOCUMENT_TOKEN_TO_BE_REPLACED 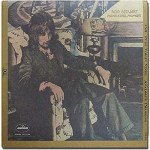 More of the Music of Rod Stewart

In which case you are in for an unending string of dull moments (see below).

We were thrilled when we dropped the needle on side one of this Hot Stamper pressing and heard sound that was AMAZINGLY airy, open, and spacious.

It’s got all the elements necessary to let this music REALLY ROCK — stunning presence; super punchy drums; deep, tight bass; and tons of life and energy. Rod’s voice sounds just right with lots of breath, texture, and ambience. The sound is clean, clear, smooth, and sweet — that’s our sound.

Side two here is nearly as good and dramatically better sounding than most. Listen to the percussion on Angel — you can really hear all the transients and the sound of the drum skins.

On the same track, the meaty guitar in the left channel sounds mind-blowingly good. The bass is deep and well-defined, and the sound of the drums is awesome in every way. Who has a better drum sound than Rod Stewart on his two best albums? END_OF_DOCUMENT_TOKEN_TO_BE_REPLACED