There are some great songs on this album, songs that still get plenty of play on the radio: China Grove, Long Train Running and South City Midnight Lady all come to mind. It’s tough to find great sounding copies, but it’s worth all the trouble when you get one with this kind of rich, full tonality, punchy bottom end and real space and ambiance. END_OF_DOCUMENT_TOKEN_TO_BE_REPLACED

Most copies of this record are such a letdown, it’s hard to imagine that many audiophiles could be bothered to take it seriously. But they should; the band cooks on practically every song, and the writing is some of their best, with essential Doobies tracks like Losin’ End and It Keeps You Runnin’ and no real dogs in the bunch. END_OF_DOCUMENT_TOKEN_TO_BE_REPLACED 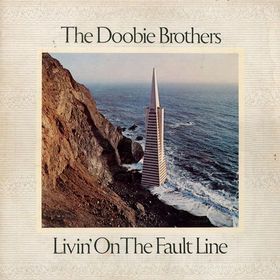 If you’re a fan of this brand of sophisticated, soulful pop music, this is as good an album as any from the Michael McDonald era. We think the best songs here can hold their own with anything from Minute by Minute and Takin’ It to the Streets. And with Hot Stamper sound, now you can actually enjoy the album as an audiophile quality recording. END_OF_DOCUMENT_TOKEN_TO_BE_REPLACED

These Nearly White Hot Stamper pressings have top-quality sound that’s often surprisingly close to our White Hots, but they sell at substantial discounts to our Shootout Winners, making them a relative bargain in the world of Hot Stampers (“relative” meaning relative considering the kinds of prices we charge). We feel you get what you pay for here at Better Records, and if ever you don’t agree, please feel free to return the record for a full refund, no questions asked.

Now I realize that the best of this kind of pop rock has stood the test of time very well. One listen and we think you’ll agree: this is good music that belongs in your collection. END_OF_DOCUMENT_TOKEN_TO_BE_REPLACED

END_OF_DOCUMENT_TOKEN_TO_BE_REPLACED

The average copy of this album is compressed and congested, recessed and veiled, grainy and thin; in other words, it sounds like an old Doobie Brothers album. It takes a copy like this to show you just how good the Master Tape must really be. And if we hadn’t had plenty of copies to play with, we would never have found this one! END_OF_DOCUMENT_TOKEN_TO_BE_REPLACED

Thankfully that is no longer the case, although we do have a handful of direct discs that we still shootout, such as The Three, Glenn Miller, Straight from the Heart and the odd Sheffield. END_OF_DOCUMENT_TOKEN_TO_BE_REPLACED

Another Half-Speed Mastered Audiophile Pressing Debunked and another We Was Wrong listing to boot.

We actually recommended the Nautilus Half-Speed in the old days, but the last time we played one (mid-2007) the sound was Pure Audiophile BS — compressed to death and totally whomp-free.

The average domestic copy is terrible too, but that’s no excuse now is it?

You may remember reading on the site that we used to like the Nautilus Half-Speed of this title. Playing our Nautilus copy against the better domestic pressings made us wonder what the hell we must have been smoking. The Nautilus was awful — veiled and compressed, with a lightweight bottom end. (The Nautilus of Threshold of a Dream is another one we used to like and boy does that record sound awful these days.)

Maybe we had played a better copy years ago, or maybe we had played some really bad domestics back then, who can say? A lot of water has gone under the bridge since then. All we can say for now is that our Hot Stampers are going to blow that audiophile piece of junk — and any other pressing of the album that might exist — right out of the water. (Or your money back.)

And the gold CD too of course. I have never in my life heard a CD sound like this record does, and I don’t think anyone else has either. CDs do some things reasonably well, but few of them have the kind of richness, sweetness and tubey magic that the best vinyl copies of this album do, cleaned right and played on a proper stereo of course. END_OF_DOCUMENT_TOKEN_TO_BE_REPLACED

The average copy of this album is compressed and congested, recessed and veiled, grainy and thin; in other words, it sounds like an old Doobie Brothers album. It takes a copy like this to show you just how good the Master Tape must really be. Most copies don’t even hint at the sound you will hear on this record. And if we hadn’t had plenty of copies to play with, we would never have known, now would we?  END_OF_DOCUMENT_TOKEN_TO_BE_REPLACED