On this London LP, even though it says the record is electronically re-processed into stereo, the songs we heard on side one were dead mono.

So much for believing what you read on album covers. END_OF_DOCUMENT_TOKEN_TO_BE_REPLACED

More Hot Stampers of Let It Be

At its best, Let It Be has the power of live music, but it takes a special pressing such as this one to show you that sound. It’s a bit trickier trying to find good sound for this album than it is for some of the other albums in the Beatles’ catalog. END_OF_DOCUMENT_TOKEN_TO_BE_REPLACED

Glyn Johns strikes again — this record is absolutely brimming with TUBEY MAGIC. It’s the sound we love here at Better Records, assuming the pressing in question still maintains some degree of presence, immediacy and transparency. Records like this can easily get thick and muddy; think of the typically dull Who’s Next or Sticky Fingers and you’ll know exactly what I mean.

But oh what a glorious sound it is when it’s working. There’s not a trace of anything phony up top, down low or anywhere in-between. This means it has a quality sorely at odds with the vast majority of audiophile pressiings, new and old, as well as practically anything recorded in the last twenty years, and it is simply this: The louder you play it the better it gets.

For that we must thank Glyn Johns. END_OF_DOCUMENT_TOKEN_TO_BE_REPLACED

Reviews and Commentaries for Led Zeppelin I

For the real Led Zep magic, you just can’t do much better than their debut — and here’s a copy that really shows you why. From the opening chords of Good Times Bad Times to the wild ending of How Many More Times (“times” start the album and end it too it seems) this copy will have you rockin’ out!

Both sides have THE BIG ZEP SOUND. Right from the start we noticed how clean the cymbals sounded and how well-defined the bass was, after hearing way too many copies with smeared cymbals and blubbery bass.

When you have a tight, punchy copy like this one, Good Times Bad Times does what it is supposed to do — it REALLY ROCKS! With this much life it’s light years ahead of the typically dull, dead, boring copy. The drum sound is PERFECTION.

Drop the needle on Babe I’m Gonna Leave You to hear how amazing Robert Plant’s voice sounds. It’s breathy and full-bodied with in-the-room presence. The overall sound is warm, rich, sweet, and very analog, with tons of energy. Dazed and Confused sounds JUST RIGHT — you’re gonna flip out over all the ambience!

END_OF_DOCUMENT_TOKEN_TO_BE_REPLACED 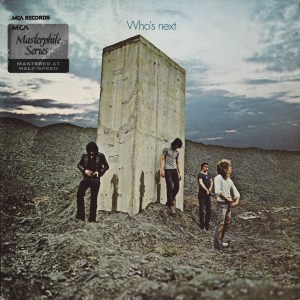 A recurring theme here at Better Records has to do with the phony sound of audiophile records that we used to like, and the more natural sound of regular records, which are the ones we like now. This is another example. The better your equipment gets, the fewer so-called “audiophile” pressings you will want to have in your collection. The upshot to this story? Side two sounds great on this copy! END_OF_DOCUMENT_TOKEN_TO_BE_REPLACED

SUPER HOT STAMPERS DISCOVERED AT LAST for this crazy SMB album engineered by the man himself, Glyn Johns! We just finished a big shootout for this trippy, bluesy LP and were pleased to find that the best copies really do give you that analog magic we’ve come to expect from Mr. Johns’ recordings.

We have paired up two Capitol Rainbow Label pressings here to give you excellent sound for both sides. This will allow you to do your own shootout at home to see just how special the good sides really are. If you don’t want to bother with the inferior sides and leave the tedious work of playing bad sounding records to us, we’ll understand!

This album is a far cry from Miller’s poppier later work a la Fly Like An Eagle and Book Of Dreams. The music is psychedelic, bluesy and downright strange if you ask me. As we listened to these songs over and over I couldn’t believe how unique this album is. It’s a real pastiche of tripped-out ’60s styles, but it doesn’t sound all that similar to any of their contemporaries since it goes in so many directions. The open, spacious and tubey magical sound that Glyn Johns got here lets you make sense of all the crazy elements. You don’t need to know the lyrics to Space Cowboy to get the idea that these guys were probably pretty serious “midnight tokers.” END_OF_DOCUMENT_TOKEN_TO_BE_REPLACED Others (Sleep Song, Wounded Bird) are quiet and intimate. Their subtlety is highlighted by the big productions surrounding them. This is the rare album in which every aspect of the production, from the arrangements to the final mix, serves to bring out the best qualities in the songs, regardless of scale. END_OF_DOCUMENT_TOKEN_TO_BE_REPLACED

END_OF_DOCUMENT_TOKEN_TO_BE_REPLACED

We’ve been up on our soapbox for years telling people how amazing this record can be, and here’s a copy that backs up our position from start to finish. END_OF_DOCUMENT_TOKEN_TO_BE_REPLACED