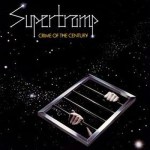 The bass on the best copies is AWESOME. Playing a Hot Stamper copy at loud levels with big woofers will have your house quaking. Add to that the kind of ENERGY that the better pressings have in their grooves and the result is an album guaranteed to bring most audiophile systems to their knees, begging for mercy.

This is The Audio Challenge that awaits you. If you don’t have a system designed to play records with this kind of SONIC POWER, don’t expect to hear Crime of the Century the way the brilliant engineer Ken Scott and the boys in the band wanted you to. The album wants to rock your world, and that’s exactly what our Hot Stamper pressings are capable of doing.

With sound that stretches from wall to wall and floor to ceiling, this is a Big Speaker Rock Demo Disc with very few rivals in my experience, offering the dedicated audiophile the kind of sound I have been lusting after since I first got heavily into audio in the early- to mid-’70s.

The Mobile Fidelity Pressing Used to Impress Me

The typical Brit copy is dull, and that quality just takes all the magic out of the recording. The three dimensional space and clarity of the recording rely heavily on the quality of the top end. The MoFi, on the best copies, shows you what is missing from the typical Brit, domestic or other import LP. This is what impressed me back in the ’70s when I bought my MoFi. It was only years later that I realized what was missing and what was wrong.

As we never tire of saying, in audio, if you’re doing it right things will change. With better cleaning technologies, better playback, better all the other stuff we talk about on the site, records that used to be practically impossible to get to sound right can suddenly — if years of hard work and experimentation can be considered “sudden” — start to come alive and show us the magic that’s been locked away for all this time inside their grooves.

The Most Successful Rock Concept Album of All Time

We consider Crime of the Century one of the most incredible musical and sonic journeys your audio system can take you on. It’s the Most Successful Concept Album of all time. Dark Side of the Moon or The Yes Album are two other productions that rise to this level, and as much as I love those albums, I actually think this is the best of the three, if for no other reason than that the tragedy of the story here is more emotionally compelling.

It’s also AN AUDIOPHILE’S DREAM COME TRUE (to quote the motto of a famous audiophile label). The creation here of a huge Cinerama-like soundscape is on a scale that few recording engineers would ever attempt, let alone achieve with such success. This is a Big Speaker record if ever there was one.

Demo Discs for Size and Space