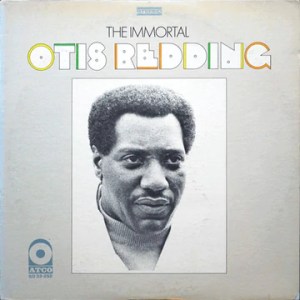 Simply put, what won our shootout was the copy that had the least amount of grit and spit on Otis’s vocals, the most space, the most natural and immediate presentation of the singer with the most correct tonality.

What We’re Listening For on The Immortal Otis Redding

After the career of Otis Redding was cut tragically short in December of 1967, the tape vaults were plundered on several occasions to present fans with new product. The Immortal Otis Redding (1968) was the second posthumous long-player created from the artist’s backlog of material. Of the 11 selections, only the 45 rpm side “The Happy Song (Dum-Dum-De-De-De-Dum-Dum)” would have been familiar to enthusiasts of the late vocalist. As notated on the rear of the original jacket, these were among the last tunes Redding cut during what turned out to be a prophetic three-week stretch of sessions — concluding just days prior to his untimely passing.

One of which is the emotive opener “I’ve Got Dreams to Remember,” which bear two disparate sets of lyrics — including one by Redding’s spouse Zelma Redding. However, the words on the version commencing this effort were actually penned by Joe Rock, whose primary claim to fame was as author of the Skyliners’ doo wop smash “Since I Don’t Have You.” The midtempo “You Made a Man Out of Me” is marked by the hypnotic rhythm lines of Donald “Duck” Dunn (bass). It joins the preeminently funky “Hard to Handle” — which easily bests the Black Crowes’ early-’90s modernization — and the sublime soul stomper “Nobody’s Fault But Mine” as prime paradigms of his inimitable command. The Memphis Horns provide a profound sense of empathy to the aching “Thousand Miles Away,” while the somber irony of the Redding original “A Waste of Time” ranks alongside his best ballads.

The remake of Ray Charles’ “A Fool for You” provides an ideal vehicle for Redding to explore his R&B roots. It likewise leads one to beg the hypothetical possibilities of an entire project dedicated to Redding’s interpretations of sounds that influenced him. Those very musical roots definitively manifest themselves in the closing spiritual, “Amen.” Although Redding is credited with the arrangement, he was undoubtedly impacted by the Impressions’ 1964 hit that took a similar approach to the simple sacred singalong.

On the whole, it can be argued that The Immortal Otis Redding wasn’t quite on par with the half-dozen studio albums that the vocalist cut during his lifetime. By the same token, it should be acknowledged that any Otis Redding recordings should be considered welcome (if not mandatory) additions to all manner of listeners.