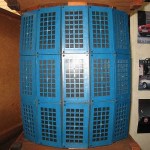 A bit of a strange coincidence occurred not long ago. I found an old commentary describing the speakers I used to own, part of a discussion explaining why I have never wanted to settle for small speakers.

At the same time I saw a fellow on Audiogon was selling the electrostatic tweeter array for the very same speaker I owned, the RTR 280DR. Let me tell you, it really took me back; I haven’t seen a pair in over twenty years.

Here is the story from the old listing talking about the RTRs, sparked by a discussion of Demo Discs. 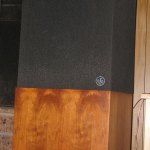 I was duped into buying my first real audiophile speaker, Infinity Monitors, when the clever salesman played Sheffield’s S9 through them. I desperately wanted them then and there. It was only later when I got home with them that none of my other records sounded as good, or even good for that matter. That was my first exposure to a Direct to Disc recording. To this day I can still picture the room the Infinity’s were playing in; it really was a watershed moment in my audiophile life. 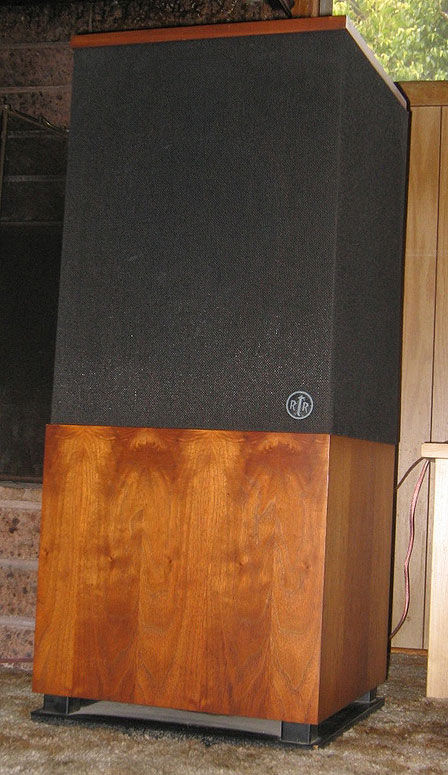 This was the mid-’70s, more than forty five years ago, and I am proud to say I have never owned a small speaker since.

I’ve heard a lot of them — some good, most of them not so good — but that’s not a sound I could ever live with.

Small speakers can do many things well; that is not at issue.

What small speakers don’t do is move enough air to bring the music on the recordings to life in a way that gives meaning to the term Hi-Fidelity. In my opinion of course.

Right around 1976 I went from the RTRs to Fulton’s famous J Speaker (seen below), a slightly larger and certainly better version of the RTR.

It was the Stereophile State-of-the-Art Cost-No-Object speaker for many years, a distinction it shared with the Infinity Servo Stat 1.

I was a member of the Fulton cult for more than a decade, owning Fulton brand everything to the extent that it was possible, as if one company could possibly have a lock on good sound.

I rail against audio cults at the drop of the hat, partly because all-one-brand systems never sound good, and partly because I know what it’s like to “buy into” that kind of thinking instead of learning to listen critically for yourself.

Let’s face it, sad as it may be: most audiophiles would rather be told what sounds good than figure it out for themselves.

How else to explain all the bad sounding equipment and awful audiophile records that are in most audiophile’s listening rooms? 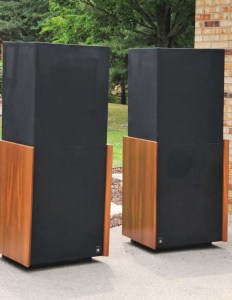 I haven’t liked their gear since I got rid of my SP3A-1 (which was wonderful and got me even more heavily into audio), but seriously, must all their products be the best?

I have an acquaintance who [he has now passed] was in the Audio Research cult. No matter what that company produced, he wanted it, the latest version, the new and improved whatever it was they said was now the even better than whatever they said used to be the best.

This to me is the height of audio foolishness.

Surely somebody somewhere makes a better something. But not when you’re in a cult they don’t. You are a believer.

As you may have read on the site in a few hundred places, we are not concerned with anything about a record — who made it, how it was made, when it was made — except for the sound.

The sound is EVERYTHING.

This is what being a skeptic is all about — judging the record by the grooves, only the grooves and nothing but the grooves.

More on The Stereo