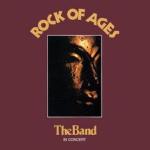 One of our good customers recently took our advice to Turn Up the Volume on this classic by The Band.

Wow. another winner!  But first I have to completely agree with you that this album has to be turned up!  When I started listening at a lower volume the soundstage was congested and small and the highs were hidden.

Crank it up and all of a sudden the entire room fills up with the Band.

I would not have imagined what a difference it would make by just turning up the volume.  The air around the vocals, as you pointed out, makes this album sing (pun intended).

A good test for me is when I don’t notice the speakers in my room but just hear the band on stage with no fake boundaries, and this is another one of those good examples.  The uber talented horn players on this album also add tremendously to the entire vibe of the album.

I seem to recall buying this record on CD decades ago and being so disappointed that there was no bass and no dynamics to the music.

Fast forward 3 decades plus and I feel I finally hearing this album for the first time and understanding why all of the reviews were so positive back in the day (but I bet most reviewers did not hear it the way it should sound!).  So glad you told me to take a chance with this one.  If I were to just buy one album by the Band this would be it for sure!

The differences you heard are the same ones we heard, and it’s the main reason we never tire of imploring audiophiles everywhere, not just our customers, to acquire the biggest dynamic speakers they can find (or horns; although I am not a fan, they will probably do the job) and turn them up good and loud. How on earth is a speaker system like this one going to reproduce a live rock concert with a horn section behind them?

If you want to hear Rock of Ages sound the way it should, you need big speakers that can play loud to do it.

Most copies of this album do not have a boosted bottom or top, which means that at normal listening levels — depending on how you define that term — they can sound pretty flat.

This is one album that needs to be turned up, obviously not to the levels of a live rock concert, but up about as loud as you can until you can get the bass and the highs to come out.

We found ourselves adding more and more level in order to get the sound to come to life, and it was playing pretty loud before the sound was right.

But it’s SO GOOD when it’s loud. Why the hell would you not want to crank it up and ROCK OUT?

It should go without saying that this is wonderful music that belongs in any popular music collection. My favorite song here is “I Don’t Want To Hang Up My Rock And Roll Shoes”. It’s The Band at their best — playing LIVE.

One of my good friends had a chance to see the band — The Band — back in the day, before they had released their second album and nobody knew who the hell they were. He was astonished when, after about every second or third song, they would all get up and switch places and instruments, a fact alluded to in the Wikipedia entry for the group. “Superbly talented multi-instrumentalists” barely begins to convey how good these guys really were.

Wikipedia Background on Rock of Ages

Rock of Ages: The Band in Concert is a live album by The Band, released in 1972 on Capitol Records, catalogue SABB 11045. It was compiled from recordings made during their series of shows at the Academy of Music in New York City, from December 28 through 31, 1971. It peaked at #6 on the Billboard 200 chart.

The Band booked a residency at the Academy of Music for the last week of 1971, culminating in a New Year’s Eve performance. Robbie Robertson had commissioned New Orleans songwriter and arranger Allen Toussaint to compose horn charts for their recent single “Life Is A Carnival” from the album Cahoots, and decided to have Toussaint write special charts for a five-man horn section to augment the group on their upcoming concerts. Charts written by Toussaint in New Orleans were in luggage lost at the airport, and a new set were composed in a cabin near Robertson’s house in Woodstock after a late-autumn snow had blanketed the area. Robertson selected eleven songs to receive horn charts, and all are included on the released album. The horns do not play on “Get Up Jake”, “Stage Fright,” “This Wheel’s on Fire,” “The Weight,” “The Shape I’m In,” and “The Genetic Method.” Selections on the bonus disc also do not feature horn arrangements, with the exception of Dylan’s “Down in the Flood.”

The repertoire consisted of material from all four of The Band’s studio albums up to that point, which were framed on the album by covers of the 1964 Motown hit single “Baby Don’t You Do It” by Marvin Gaye, and the b-side “(I Don’t Want to Hang Up) My Rock and Roll Shoes” to the final single by Chuck Willis in 1958, “What Am I Living For.” The bulk of the recordings on the released album were derived from either the December 30 or the December 31 show, while the tracks on the bonus disc come from December 28 and 29 as well. Since Garth Hudson interpolates “Auld Lang Syne” into his solo piece “The Genetic Method,” it can be assumed that track and “Chest Fever” were played at midnight, December 31. Their previous employer Bob Dylan made a surprise visit on the New Year’s Eve show, playing four songs with the group in the early morning hours of January 1, 1972.

The band’s discography through 1978 is as follows.