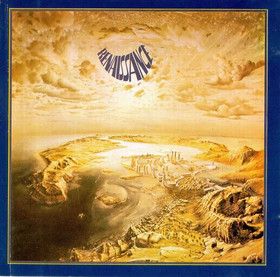 Prog fans take note: this album’s audiophile credentials are more than in order. Some of the best recordings we have ever heard involved one of these guys, and on this one you get them both. That’s almost too much production talent for one album.

The best copies have sound that brings to mind Tea for the Tillerman and Fragile and Thick as a Brick and far too many other gloriously rich, Tubey Magical British recordings to list here.

The piano, plain and simple. Only the most transparent copies allow you to hear it clearly in the dense proggy mixes of the album. And if your copy is smeary, as most of them are, the transients of the piano hammers get blurred, making the instrument much harder to find in the soundfield and follow throughout the extended length of the songs.

We liken this first track to Gentle Giant meets Sketches of Spain (the theme of the first song borrows heavily from Concierto de Aranjuez. Of course it does).

More proggy rock, in some places (track two especially) sounding like Fairport Convention meets Frank Zappa. (Since we like both those bands this is actually a nice compliment.)

As an aside, where are the newly remastered pressings that have half the spatial information found on the best copies of this album? Doesn’t anybody notice how opaque and lo-rez they all are but us? How can this be?

Could it be that their stereos are equally opaque and lo-rez? Or perhaps none of the reviewers and forum posters have ever heard a record like this. If they had they would find themselves having to severely regrade their audiophile pressings, steeply in a downward direction I should think.

The original group’s debut album was a then-groundbreaking meld of progressive rock with classical and jazz influences… [it’s] far druggier than the later group in its ambience (cofounders Keith Relf and Jim McCarty were the heavily psychedelic half of the final lineup of the Yardbirds, which made them anathema to Jimmy Page), but vocalist Jane Relf had a striking individual style, and the classical influence was unique for its time.

In January 1969, former Yardbirds members Keith Relf and Jim McCarty organised a new group devoted to experimentation between rock, folk, and classical forms. This quintet—Relf on guitar and vocals, McCarty on drums, plus bassist Louis Cennamo, pianist John Hawken, and Relf’s sister Jane as an additional vocalist—released a pair of albums on Elektra and Island, the first one, titled simply Renaissance, being produced by fellow ex-Yardbird Paul Samwell-Smith.

The band had begun performing in May 1969, before recording had begun for the debut LP, mostly in the UK, but with occasional forays abroad, including festivals in Belgium (Amougies, October 1969) and France (Operation 666 at the Olympia in January 1970, and Le Bourget in March 1970, both in Paris). In February 1970, they embarked on a North American tour, but that month-long trek proved marginally successful, as, because of their Yardbirds credentials, they found themselves paired with bands such as The Kinks, and their new classically oriented direction did not always go down well with audiences.

The Yardbirds are an English rock band that had a string of hits in the mid 1960s, including “For Your Love”, “Over Under Sideways Down” and “Heart Full of Soul”. The group is notable for having started the careers of three of rock’s most famous guitarists: Eric Clapton, Jeff Beck, and Jimmy Page, all of whom were in the top five of Rolling Stone’s 100 Top Guitarists list (Clapton as #2, Page as #3, and Beck at #5).

A blues-based band that broadened its range into pop and rock, The Yardbirds were pioneers in guitar innovations of the 1960s: fuzz tone, feedback, distortion, backwards echo, improved amplification, etc. Pat Pemberton, writing for Spinner, holds that the Yardbirds were “the most impressive guitar band in rock music”. After the Yardbirds broke up in 1968, their current lead guitarist Jimmy Page founded what became Led Zeppelin.

The bulk of the band’s most successful self-written songs came from bassist/producer Paul Samwell-Smith who, with singer/harmonica player Keith Relf, drummer Jim McCarty and rhythm guitarist/bassist Chris Dreja, constituted the core of the group.

By 1968 Relf and McCarty wished to pursue a style influenced by folk and classical music while Page, at a time when the psychedelic blues-rock of Cream and The Jimi Hendrix Experience was enormously popular, wanted to continue with the kind of “heavy” music for which Led Zeppelin would become famous. Dreja was developing an interest in photography. By March, Relf and McCarty had decided to leave, though the other two managed to persuade them to stay at least for one more American tour.