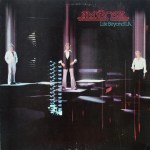 This White Hot Stamper Ambrosia LP from some years ago had the kind of sound you would never expect to find in the grooves of this album. It was a THRILL to hear it, especially at the volumes at which we were playing the record.

The transparency and openness were off the charts, and unmatched by any other copy in our shootout. We’re big fans of this band here at Better Records — we love their take on complex, big production arty rock.

It’s also yet another example of the value of taking part in the myriad revolutions in audio.

If you never want your prized but sonically-challenged records to sound any better than they do right now, this minute, don’t bother to learn how to clean them better, play them back better or improve the acoustics of your room.

No one can make you do any of those things. The only reason you might have for doing them is so that you can enjoy more of your favorite music with much better sound.

Is that a good enough reason? If you’re on this site I’m guessing it is.

That’s the reason we do it. We want records like this one, which didn’t start sounding good until about 2005, and now sound MUCH better than I ever thought they could, to keep getting better and better. Why shouldn’t they? Because some people think we’ve reached the point of diminishing returns in audio? Those people do not know what they are talking about.

(There is a reference to racing cars in the WAPO article[1] which is pure poppycock, or at least those of us who have been in audio for a long time know it is. Lap times are not a good analogy. We need to be thinking about immersive experiences being ten times more immersive for a hundred times as many recordings as was possible when I started.)

And these improvements we talk about so much have allowed us to enjoy records we could never fully enjoy before because they never really sounded all that good to us.

Now they do, and they will keep getting better, as more and more developments come along in all areas of analog reproduction.

Some reviewers think they know when records are not well recorded

As a newbie audiophile, I went out of my way to acquire any piece of equipment that could make my favorite records from the ’70s (the decade of my formative music-buying years) sound better than whatever gear I currently owned.

It’s the challenging recordings by Ambrosia, as well as scores of other pop and rock artists like them, that drove my pursuit of higher quality audio, starting all the way back in high school.

Because the love of your favorite music is the only driving force in audio that can possibly work if you want to have world class sound.

The Real Test for Audiophiles

As your stereo improves, not to mention your critical listening skills, the shortcomings of some will be revealed, but for the most part, with continual refinements and improvements to your system, room and (especially) cleaning techniques, vintage pressings of your favorite albums should get better sounding with each passing year.

Life Beyond L.A. may not be especially well known in audiophile circles but it is certainly an album we know well here at Better Records. I’ve been playing it regularly for more than 40 years. There’s so much good music on the album that, now that we can hear it right, we’ve come to appreciate it all the more.

It rocks in a more straightforward manner compared to the first two albums. It’s still got plenty of proggy elements and breakdowns, but now there’s an entirely new jazz element introduced into the mix, which comes to the fore strongly on the wonderful Apothecary. Side one is exceptionally strong from first note to last.

Side two starts out brilliantly with the dynamic, energetic Dancin’ By Myself, a song that ranks with the best by the band. It’s followed by Angola, a tongue-in-cheek staple of their live act these days, and then on to the wonderful ballad Heart to Heart, pointedly reminiscent of Holdin’ On To Yesterday, right down to the violin solo. The last track is a bit of a downer, but everything before that is superb.

Ambrosia albums are always tough shootouts. Like Yes, another radio-friendly pop-prog band, their everything-but-the-kitchen-sink music and approach to recording make it difficult to translate their complex sound to disc (vinyl or otherwise). Everything has to be tuned up and on the money before we can even hope to get the record sounding right. (VTA is of course critical in this respect.)

If we’re not hearing the sound we want, we keep messing with it until we do. There is no way around sweating the details when sitting down to test a complex recording such as this. If you can’t stand the tweaking tedium, get out of the kitchen (or listening room as the case may be). Sweating the details is what we do for a living here at Better Records. Ambrosia’s recordings require us to be at the top of our game, both in terms of reproducing them as well as critically evaluating them. When you love it, it’s not work, it’s fun. Tedious, exasperating fun.

[1] The Search for the Perfect Sound

Robert Brook has been experimenting with different aspects of audio lately. His Broken Record blog has lots to say about these issues. I agree with much of what he has written. The Analog Setup section on his blog is probably a good place to see what he has learned by ignoring conventional wisdom and testing every aspect of audio with an open mind.