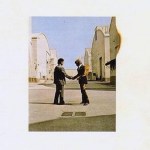 One of our best customers, Roger, received his $150 Hot Stamper [those were the days!] ’Wish You Were Here’ and went straight to work comparing it with the various other pressings he owned: two different CBS Half Speeds. The not-so-shocking results are presented in detail below.

I received your Pink Floyd ‘Wish You Were Here’ Hot Stamper and compared it to my CBS Half-Speed (I found a bunch of these Half-Speeds in a bargain bin years ago and did a shootout to select the best one) and the pressing that I considered the best, the Japanese Mastersound Half-Speed, for which I paid dearly. 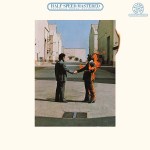 Drum roll, please while Vanna hands me the sealed envelope………… and the winner is: Surprise — the Hot Stamper!

And it wasn’t even close.

Once I heard the center-of-the-earth bass on the Hot Stamper ‘Shine On You Crazy Diamond’, it was all over. I was amazed at how bright the CBS was, transparent yes, but bright and no bass and no body to the saxophones and voices. The Mastersound was better-balanced in that the highs were tamed, but no real dynamics and the bass was flabby.

I have heard this record hundreds of times, but never heard the details in the guitars and cymbals and keyboards like this. 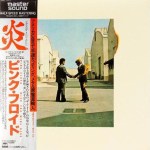 And did I mention the huge, huge soundstage with a wall of sound like that of other Pink Floyd records? Nice job as usual.

Thanks for verifying the accuracy of our Hot Stamper claims once again. The decent sounding Half Speed Mastered records, CBS and otherwise, can be counted pretty easily on one’s fingers. We could debunk them all day long if we wanted to (and had ten times the staff). It doesn’t take long to hear how anemic the sound is compared to The Real Thing, the real thing being, of course, a vintage pressing.

The copy you bought was rated A Plus on both sides, two full sonic grades below the best, so you can imagine how good those copies sound. But since neither you nor I are made out of money, for $150 you now own a copy that will trounce anything you throw at it, especially if what you throw at it is an audiophile pressing.

Those moribund LPs belong on Ebay where all the Technics turntable owners of the world can find them in order to complete their — let’s be honest — silly and ultimately pointless audiophile collections.

Modern equipment shows half-speed foolishness for what it is. You heard it, we heard it, and slowly but surely we are spreading the word to the rest of the audiophile community.

Thanks again; it’s a big job and we need all the help we can get.