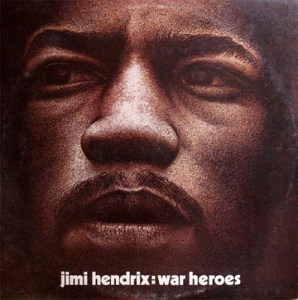 What We’re Listening For On War Heroes

The out-of-print War Heroes is one of the few consistent compilations of unreleased Hendrix… Highlights include “Beginning” (which contains a riff almost identical to the Stones’ “Bitch”), “Highway Chile,” and “Izabella,” a track premiered on a Dick Cavett TV show a year before Jimi’s untimely death… if you’re a serious Jimi fan searching for some interesting obscurities, War Heroes is definitely worth the price.