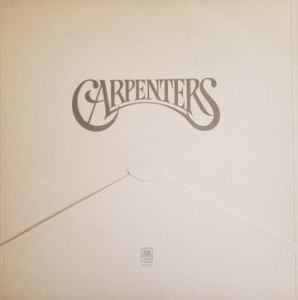 What We’re Listening For On Carpenters

The Carpenters’ radio-friendly soft rock virtually defined the genre in the early 1970s, and this album — their third full-length — was the group’s ace card. Following on the heels of the wildly successful Close to You, Carpenters features more breezy melodies marked by rich arrangements and beautiful lead vocals, courtesy of siblings Richard Carpenter and Karen Carpenter, respectively.

The record is most notable for two of the duo’s strongest and best-loved singles. “Rainy Days and Mondays,” written by soft pop gods Paul Williams and Roger Nichols, is a bittersweet pop masterpiece fleshed out by Richard’s string orchestrations and smoothly produced backing vocals, while Leon Russell and Bonnie Bramlett’s “Superstar,” from its melancholic verse to its dramatic chorus, is equally hard to resist. (Both songs showcase Karen’s sultry alto.) The rest of the album includes Richard’s bubble-gum pop originals, another Williams-Nichols tune (“Let Me Be the One”), and a medley of Burt Bacharach-Hal David tunes. Even more commercially streamlined than its predecessors, Carpenters is a classic of early-’70s pop.