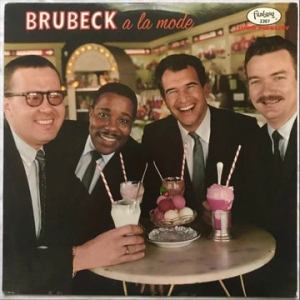 What We’re Listening For On A La Mode

Frisco Fog
The Piper
Soliliquy
One For The Kids
Ballade

One of Brubeck’s three recordings of the 1959-61 period that featured clarinetist Bill Smith in the place of altoist Paul Desmond with the Quartet, this one finds Smith contributing ten originals that use various modes and unusual scales. The music generally swings and there are some fine solos…