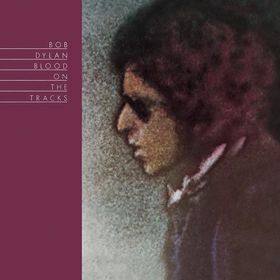 This is an outstanding recording but it takes a special pressing to bring it to life. It’s nice when the copy in hand has all the transparency, space, layered depth and three-dimensionality that makes listening to records such a fundamentally different experience than listening to digitally-sourced material, but it’s not nearly as important as having a rich, relaxed quality. A touch of smear and a slight lack of resolution is not the end of the world on this album. Brightness, along with too much grain and grit, can be.

This was a “comeback” album for Dylan, one that completely reinvigorated his following in the mid-’70s. No recording of his with which we are familiar since then can compare to this one. Recording technology has gone backward at full speed, and, to be charitable, his voice has not exactly improved with time either. Drenching his voice in reverb on albums like Time Out of Mind makes his raspy croak sound worse, not better.

Many copies have no bass, while other copies are bright, a combination that ruins the sound of the acoustic guitars that dominate the album. On the better Hot Stamper pressings, the bass will be deep and well-defined and the tonal balance will be correct.

The copies that fared best in our shootouts were rich, warm, tubey and full-bodied — in other words, analog-sounding.

On side two, the harmonica on the second track is devilishly difficult to get right. If there is any aggressiveness or grit in the sound of your copy, you will have no trouble recognizing it when that harmonica starts to play.

What We’re Listening For on Blood On The Tracks

Mint Minus Minus and is about as quiet as any vintage pressing will play, and since only the right vintage pressings have any hope of sounding good on this album, that will most often be the playing condition of the copies we sell. (The copies that are even a bit noisier get listed on the site are seriously reduced prices or traded back in to the local record stores we shop at.)

Meet Me in the Morning
Lily, Rosemary and the Jack of Hearts
If You See Her, Say Hello
Shelter from the Storm
Buckets of Rain

Following on the heels of an album where he repudiated his past with his greatest backing band, Blood on the Tracks finds Bob Dylan, in a way, retreating to the past, recording a largely quiet, acoustic-based album.

But this is hardly nostalgia — this is the sound of an artist returning to his strengths, what feels most familiar, as he accepts a traumatic situation, namely the breakdown of his marriage. This is an album alternately bitter, sorrowful, regretful, and peaceful, easily the closest he ever came to wearing his emotions on his sleeve. That’s not to say that it’s an explicitly confessional record, since many songs are riddles or allegories, yet the warmth of the music makes it feel that way.

The original version of the album was even quieter — first takes of “Idiot Wind” and “Tangled Up in Blue,” available on The Bootleg Series, Vols. 1-3, are hushed and quiet (excised verses are quoted in the liner notes, but not heard on the record) — but Blood on the Tracks remains an intimate, revealing affair since these harsher takes let his anger surface the way his sadness does elsewhere.

As such, it’s an affecting, unbearably poignant record, not because it’s a glimpse into his soul, but because the songs are remarkably clear-eyed and sentimental, lovely and melancholy at once. And, in a way, it’s best that he was backed with studio musicians here, since the professional, understated backing lets the songs and emotion stand at the forefront.

Dylan made albums more influential than this, but he never made one better.

Prior to recording, and while details regarding his return to Columbia Records were being fleshed out, Dylan previewed the songs that would make up Blood on the Tracks to a number of friends and peers in the music world. According to biographer Jimmy McDonough, Dylan visited Neil Young in his home in Florida to showcase the songs on the album and seek out Young’s opinion, and even run through some of the songs with Young’s group Crazy Horse.

Initially, Dylan considered recording Blood on the Tracks with an electric backing group, and even contacted Mike Bloomfield, a guitarist who had worked with him on Highway 61 Revisited. The two met, and Dylan showcased the songs he was planning to record, but he played them too quickly for Bloomfield to learn.

Bloomfield later recalled the experience: “They all began to sound the same to me; they were all in the same key; they were all long. It was one of the strangest experiences of my life. He was sort of pissed off that I didn’t pick it up”. In the end, Dylan rejected the idea of recording the album with a band, and instead substituted stripped-down acoustic arrangements for all of his songs.

Dylan arrived at Columbia Records’ A&R Recording Studios in New York City on September 16, 1974, where it was soon realized that he was taking a “spontaneous” approach to recording. The session engineer at the time, Phil Ramone, later said that he would “go from one song to another like a medley. Sometimes he will have several bars, and in the next version, he will change his mind about how many bars there should be in between a verse. Or eliminate a verse. Or add a chorus when you don’t expect”.

Eric Weissberg and his band, Deliverance, originally recruited as session men, were rejected after two days of recording because they could not keep up with Dylan’s pace. Dylan retained bassist Tony Brown from the band, and soon added organist Paul Griffin (who had also worked on Highway 61 Revisited) and steel guitarist Buddy Cage.

After ten days and four sessions with the current lineup, Dylan had finished recording and mixing, and, by November, had cut a test pressing on the album. Columbia soon began to prepare for the album’s imminent release, but, three months later, just before the scheduled launch, Dylan re-recorded several songs at the last minute, in Minneapolis’ Sound 80 Studios, utilizing local musicians organized by his brother, David Zimmerman. Even with this setback, Columbia managed to release Blood on the Tracks by January 20, 1975.

The songs that make up Blood on the Tracks are seen by most Dylan biographers as having been inspired by his personal turmoil at the time, particularly his separation from his then-wife Sara Dylan. However, Dylan has never said as much, and in his 2004 memoir, Chronicles, Vol. 1, he stated that the songs have nothing to do with his own personal life, and that they were inspired by the short stories of Anton Chekhov.

Dylan’s fans theorize endlessly about his reasons for revamping the album, with one unconfirmed view being that the musical feel of the album had been monotonous, with too many songs in the same key and the same languid rhythm. It has also been said that, just two weeks before the release of Blood on the Tracks, Dylan played an acetate disc pressing of the record for his brother, his ensuing comments leading Dylan to re-cut five of the songs.

Although the original test pressing is widely bootlegged, only one of the five original takes from it has seen official release (“You’re a Big Girl Now”, released on 1985’s Biograph). Alternate takes of “Tangled Up in Blue”, “Idiot Wind”, and “If You See Her, Say Hello” from the same sessions were released on The Bootleg Series, Vol. 1–3, which also includes “Call Letter Blues”, an outtake. “Up to Me”, another outtake from these sessions, was released on Biograph. “Lily, Rosemary and the Jack of Hearts” is the only song from the New York sessions that has not been officially released.

Told of the album’s lasting popularity, Dylan was later to say (in a radio interview by Mary Travers): “A lot of people tell me they enjoy that album. It’s hard for me to relate to that. I mean, it, you know, people enjoying that type of pain, you know?” When speaking as to how the album seems to speak of the artist’s own personal pain, Dylan replied that he didn’t write “confessional songs”.

These are his albums through 1989. When it comes to finding good sounding pressings, after 1989 you are on your own. The later recordings have never sounded right to us and we have no plans to do shootouts for any of those releases.