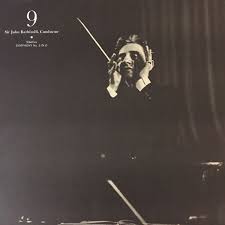 A truly extraordinary recording mastered beautifully but pressed on vinyl that has never been known for its quiescence (if I can get by with that ten-cent word).

The strings are clear and textured, yet rich and full-bodied. The bottom is big and weighty. The horns are tubey and full-bodied and never screech through even the most difficult passages.

This shootout has been many years in the making. Sometime around 2014 we surveyed the recordings of the work we had on hand, close to a dozen I would think, and found them all wanting, save two: this one and the 1964 reading by Ansermet for Decca (CS 6391).

So many recordings failed to capture the size, weight and power of the orchestra. Too much multi-miking was ruinous to some; screechy strings and horns to others.

Most recordings we played were profoundly unnatural, lacking transparency and the relaxed sense of involvement that eases one’s ability to be tricked into thinking “you (really) are there.”

(This is of course the knock on the Modern Heavy Vinyl Pressing – where is the transparency? The space? The three-dimensionality? If your stereo can reproduce these qualities, you should have given up on these opaque and airless newly remastered pressings years ago. If your stereo cannot reproduce these qualities, why are you on this website reading about Hot Stampers? The third-rate junk the major dealers all offer are a helluva lot cheaper than our records, that’s for sure.)

Barbirolli breathes life into this work as only he can and the Decca engineering team led by Kenneth Wilkinson do him proud.

What We’re Listening For on Sibelius’s Symphony No. 2

AMG on Symphony No. 2

The genesis of the Second Symphony can be traced to Sibelius’ trip to Italy in early 1901. The trip came about at the suggestion of his friend, the amateur musician Axel Carpelan, and it was there that he began contemplating several ambitious projects, including a four-movement tone poem based on the Don Juan story and a setting of Dante’s Divina Commedia. While none of these plans ever came to fruition, some of the ideas sketched during this trip did find their way into the second movement of this symphony. Carpelan was also instrumental in raising money to allow Sibelius to relinquish his work at the Helsinki Conservatoire and devote himself to the composition of the Second Symphony. Despite his friend’s help, Sibelius’ return to Finland for the summer and autumn was not accompanied by any great burst of inspiration, and extensive revisions delayed the first performance, first to January 1902 and then to March 1903. But from then on, the symphony enjoyed unparalleled success in Finland and eventually led to the major breakthrough in Germany that was so craved by Scandinavian composers of this era (one which Nielsen, for instance, never achieved). The Second Symphony has retained an extraordinary popularity for its individualistic tonal language, dark wind coloring, muted string writing, simple folk-like themes, and distinctly “national” flavor that are all Sibelian to the core.

While the opening mood is pastoral, it leads to an air of instability, in which small, short gestures seem to arise at random and then trail off. Yet there is a subtle coherence to the work that counters its seemingly shapeless quality. All of the material of the first movement emerges from either the two repeated-note subjects heard in the strings and winds at the opening, or from a brooding idea first presented in the winds and brass.

Unlike the first movement, in which the gentleness of the introduction is recaptured at the conclusion, the second movement is full of turbulence and ends without consolation. Two competing subjects seem to engage in a battle: First, a dirge-like bassoon melody in D minor, marked “lugubrious,” builds to a towering culmination in winds and brass; then an ethereal, ruminative theme is played by divided strings in the key of F sharp major. The energetic scherzo, with its machine-gun figures in the strings, is built from a fragment of greatest simplicity: a repeated B flat followed by a turn around that note.

Following the precedent of Beethoven’s Fifth Symphony, the Scherzo is linked directly to the finale through a grand rhetorical bridge passage. The symphony at last achieves a flowing D major melodic line that heroically shakes off the D minor preparation, in the best sense of the Romantic tradition. Also like Beethoven, Sibelius brings back the transitional material a second time so that the victory of the major key can be savored anew, after which he concludes the work with a hymn-like peroration. That said, the Second Symphony marks the end of Sibelius’ early Romantic period that paid homage to his predecessors. In subsequent works, his interest rested more in pursing new formal methods based on fragmentation and recombination.