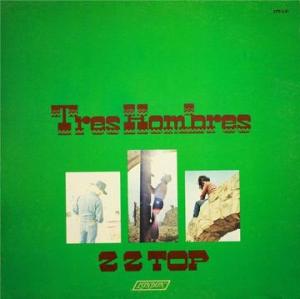 What We’re Listening For on Tres Hombres

Less grit – smoother and sweeter sound, something that is not easy to come by on any vintage ZZ Top record. Whatever they are selling on Heavy Vinyl these days is surely smoother, and more than likely has no top end or upper midrange to speak of.

We find that sound insufferable, but the bulk of the audiophile public seems to have no problem with it. We assume that those of you who come to our site feel the same way, and you can be sure that we would never offer you a record with sound that bad.

A bigger presentation – more size, more space, more room for all the instruments and voices to occupy. The bigger the speakers you play this record on the better.

More bass and tighter bass. This is fundamentally a rock record. It needs weight down low to rock the way Terry Manning (and the band) wanted it to.

Last but not least, balance. All the elements from top to bottom should be heard in harmony with each other. Take our word for it, assuming you haven’t played a pile of these yourself, balance is not that easy to find. Our best copies will have it though, of that there is no doubt.

Move Me On Down The Line
Precious And Grace
La Grange
Shiek
Have You Heard?

Tres Hombres is the record that brought ZZ Top their first Top Ten record, making them stars in the process. It couldn’t have happened to a better record.

ZZ Top finally got their low-down, cheerfully sleazy booze-n-boogie right on this, their third album. As their sound gelled, producer Bill Ham discovered how to record the trio so simply that they sound indestructible, and the group brought the best set of songs they’d ever have to the table.

On the surface, there’s nothing really special about the record, since it’s just a driving blues-rock album from a Texas bar band, but that’s what’s special about it. It has a filthy groove and an infectious feel, thanks to Billy Gibbons’ growling guitars and the steady propulsion of Dusty Hill and Frank Beard’s rhythm section. They get the blend of bluesy shuffles, gut-bucket rocking, and off-beat humor just right. ZZ Top’s very identity comes from this earthy sound and songs as utterly infectious as “Waitin’ for the Bus,” “Jesus Just Left Chicago,” “Move Me on Down the Line,” and the John Lee Hooker boogie “La Grange.” In a sense, they kept trying to remake this record from this point on — what is Eliminator if not Tres Hombres with sequencers and synthesizers? — but they never got it better than they did here.