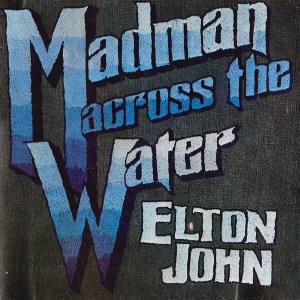 This Madman is guaranteed to blow your mind.

The amount of effort that went into the recording of this album is comparable to that of the engineers and producers of bands like Supertramp, Yes, Jethro Tull, Pink Floyd, The Beatles (of course) and far too many others to list. This is some of the best high production value rock music of the ’70s.

It seems that no effort or cost was spared in making the home listening experience as compelling as the recording technology of the day permitted. Of course, as it turns out, recording technology only got worse as the decade wore on, and during the ’80s the sound of most Big Rock records went off a cliff.

You don’t need tube equipment to hear the prodigious amounts of Tubey Magic that exist on the best copies of Madman. For those of you who’ve experienced top quality analog pressings of Meddle or Dark Side of the Moon, or practically any jazz album on Contemporary, whether played through tubes or transistors, that’s the luscious sound of Tubey Magic, and it is all over the album.

The problem is that most British copies — the only ones that have any hope of sounding good in our experience — don’t have all the Tubey Magic that can be heard on the best copies. They are simply not as rich, tubey, and LUSH as the best that we’ve played.

This is the one quality that separates the winners of the shootout from the copies that came in second or third. Lushness isn’t the only thing to listen for of course. The rich copies can’t be too rich, to the point of being murky and muddy. Achieving just the right balance of Tubey Magical Madman Sound with other qualities we prize such as space, clarity, transparency and presence is no mean feat.

It’s the rare copy that will do well in all these areas, and even our best Shootout Winning sides will have to compromise somewhere. There is always a balance to be struck between richness and clarity, with no copy able to show us the maximum amounts of both that we know are possible.

Having said all that, it has been our experience that one copy in the shootout will make clear what the ideal blend of all the elements is — the right balance of Tubey Magic, clarity, space, weight, top end and much, much more.

When you find yourself lost in the music of Madman because the copy playing has the right sound, it shouldn’t be all that hard to recognize it. When the record is not only doing what it’s supposed to do, but doing more than you ever expected it could do, with more energy, more dynamics, more bass, more clarity, on a stage that’s wider, taller and deeper than you thought it could be, that’s when you know you have reached the highest level of sound.

This will happen on each side independently of the other. That’s just the way records work. Sometimes a copy has two matching sides with that ideal blend — we jump for joy and happily award them our rare Triple Triple grade — but on a ridiculously difficult record to master and press properly such as Madman chances are good that one copy of the record will win for one side and a different copy will win for the other.

This is the last of the classic Elton John albums recorded at Trident, the best of which have more Tubey Magic than anything recorded afterwards. There are three amazing sounding Elton John records on our Top 100 list, two of them engineered by the estimable Robin Geoffrey Cable, Trident Studios’ house engineer in 1972. His work on Tumbleweed, the first album and Madman here mark him as one of the All Time Greats in my book.

Mint Minus Minus is about as quiet as practically any original pressing will play, and since only the right British originals have any hope of sounding good on this album, that will most often be the playing condition of the copies we sell.

Those of you looking for quiet vinyl will have to settle for the sound of domestic pressings, reissues and Heavy Vinyl, purchased elsewhere of course as we don’t have any interest in selling records like those, or records that don’t sound good in general.

Trading the cinematic aspirations of Tumbleweed Connection for a tentative stab at prog rock, Elton John and Bernie Taupin delivered another excellent collection of songs with Madman Across the Water.

Like its two predecessors, Madman Across the Water is driven by the sweeping string arrangements of Paul Buckmaster, who gives the songs here a richly dark and haunting edge. And these are songs that benefit from grandiose treatments. With most songs clocking in around five minutes, the record feels like a major work, and in many ways it is.

While it’s not as adventurous as Tumbleweed Connection, the overall quality of the record is very high, particularly on character sketches “Levon” and “Razor Face,” as well as the melodramatic “Tiny Dancer” and the paranoid title track. Madman Across the Water begins to fall apart toward the end, but the record remains an ambitious and rewarding work, and John never attained its darkly introspective atmosphere again.