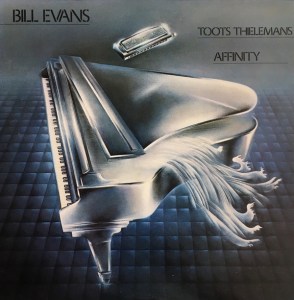 This is a unique jazz album (in my experience, anyway) with very good sound. Piano with harmonica accompaniment is something I’ve never heard before, and most of the time it actually works. Both of these guys are top flight musicians, and their ability to communicate in order to create this wonderful improvisational jazz is a joy to experience.

White Hot — nothing could touch it. The sound is especially lively and clear, with highly resolving sound that lets you hear all the nuances and harmonics of every instrument.

Nearly as good in every way, perhaps falling short a bit in the realm of resolution, but clearly superior to almost every other copy we played.

CBS 30th Street Studio was considered by some in the music industry to be the best sounding room in its time and others consider it to have been the greatest recording studio in history. A large number of recordings were made there in all genres, including Miles Davis’ Kind of Blue (1959), Leonard Bernstein’s West Side Story (Original Broadway Cast recording, 1957), and Pink Floyd’s The Wall (1979).

Pianist Bill Evans (who doubles on electric piano on this album for the final time in the recording studio) welcomes guest harmonica player Toots Thielemans and Larry Schneider (on tenor, soprano and alto flute) to an outing with bassist Marc Johnson (making his recording debut with Evans) and drummer Eliot Zigmund.

The material contains some surprises (including Paul Simon’s “I Do It for Your Love” and Michel Legrand’s “The Other Side of Tonight”) and only two jazz standards (“Body & Soul” and “Blue and Green”) with the latter being the only Evans composition.

Excellent if not essential music that Evans generally uplifts.