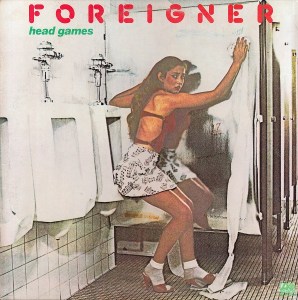 This copy showed us just how good this album can sound — BIG, rich and ENERGETIC.

As I’m sure you know, there is a Mobile Fidelity Half-Speed Mastered version of this album currently in print and I can only imagine how terrible it sounds. If any of our Hot Stamper customers have purchased the current release, I would be interested in hearing how you think it stacks up against this copy.

But those are qualities that are almost never found on audiophile Half-Speeds. The remastering of those records almost always leaves them lifeless and compressed, with sloppy bass and recessed vocals. For some reason, audiophiles — including the audiophiles who produce them — like that sound. We do not. In fact, we can’t stand it. Which is why we will not be auditioning MoFi’s remastered pressing. If you are feeling adventurous (and have $30 to throw away) and want to do the shootout for yourself, please let us know how it goes.

Many copies were gritty, some were congested in the louder sections, some never got big, some were thin and lacking the analog richness of the best — we heard plenty of copies whose faults were obvious when played against the better sides such as these.

What We’re Listening For on Head Games

Number one: Too many instruments jammed into too little space in the upper midrange. When the tonality is shifted-up, even slightly, or there is too much compression, there will be too many elements — voices, guitars, drums — vying for space in the upper area of the midrange, causing congestion and a loss of clarity.

With the more solid sounding copies, the lower mids are full and rich; above them, the next “level up” so to speak, there’s plenty of space in which to fit all the instruments comfortably, not piling them one on top of another as is so often the case. Consequently, the upper midrange area does not get stuffed and overwhelmed with musical information.

Number Two: edgy vocals, which is related to Number One above. Almost all copies have at least some edge to the vocals — the band seems to want to really belt it out in the multi-tracked choruses — but the best copies keep the edge under control, without sounding compressed, dark, dull or smeary.

Foreigner continued its platinum winning streak on Head Games, the band’s third album. By the time Head Games was released, FM radio had fully embraced bands like Foreigner, Journey, and Boston, whose slick hard rock was tough enough to appeal to suburban teens, but smooth enough to be non-threatening to their parents. Tailor-made for the airwaves, “Dirty White Boy” and “Head Games” kept Foreigner at the top of the arena rock heap as the decade came to a close; and the supergroup’s successes would continue well into the ’80s.