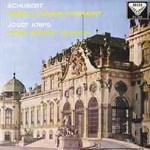 There are plenty of Deccas and Londons that we’ve cleaned and played over the years that were disappointing, and some of them can be found here.

What was most striking about this shootout for the work was how poorly the original London Bluebacks fared when going head to head with the best vintage reissues. In fact, they were so obviously inferior I doubt we would have even needed another pressing to know that they could not possibly be considered Hot Stampers.

The two we had were crude, flat, full of harmonic distortion, and both had clearly restricted frequency extremes. I remember liking the Blueback pressings I played ten or twenty years ago.

Did I have better copies, or was my system not capable of showing me the shortcomings I so clearly heard this time around? Since this is a question that cannot be answered with any certainty, we’ll have to leave it there. END_OF_DOCUMENT_TOKEN_TO_BE_REPLACED