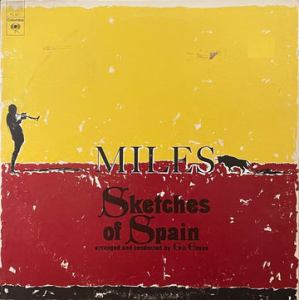 We talk a fair bit about the Tubey Magic of the original pressings below, and those looking for that very rich, very tubey sound may prefer to pass on this copy.

Only the best originals – cleaned properly of course – will give you every last ounce of that sound.

This copy is balanced, open, clear and undistorted. With Double Plus (A++) sound  it has to be excellent, but super Tubey Magical it is not.

Those with very tubey equipment may actually prefer it to the originals. Either way, your satisfaction is guaranteed.

On the best pressings of this masterpiece, the sound is truly magical. (AMG has that dead right in their review.) It is lively but never strained. Davis’s horn has breath and bite, just like the real thing. What more can you ask for?

In previous commentary we had written:

Of course, you can be quite sure that he would have been listening exclusively to the earliest pressings on the Six Eye label. Which simply means that he probably never heard a copy with the clarity, transparency, and freedom from distortion that these later label pressings offer.

The Six Eyes are full of Tubey Magic, don’t get me wrong; Davis’s trumpet can be and usually is wonderful sounding. It’s everything else that tends to suffer, especially the strings, which are shrill and smeary on most copies, Six Eyes, 360s and Red Labels included.

Over the course of the last few years, we’ve come to appreciate just how good the right Six Eye stereo pressing can sound.

What We’re Listening For On Sketches of Spain

We consider this Miles Davis album a Masterpiece.

Sketches of Spain is a very Difficult Record to Reproduce. Do not attempt to play it using anything other than the highest quality equipment.

Unless your system is firing on all cylinders, even our hottest Hot Stamper copies — the Super Hot and White Hot pressings, the ones with the biggest, most dynamic, clearest, and least distorted sound — can have problems.

Sketches of Spain is the most luxuriant and stridently romantic recording Davis ever made. To listen to it in the 21st century is still a spine-tingling experience, as one encounters a multitude of timbres, tonalities, and harmonic structures seldom found in the music called jazz.