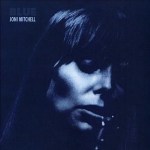 Yet another Milestone Event in the History of Better Records.

In 2007 a customer took issue with our choice here at Better Records to reject the sale of the newly Remastered Heavy Vinyl pressing of Blue put out by Rhino and mastered by Steve Hoffman and Kevin Gray.

We actually used to give the record away for free with every purchase of a Hot Stamper Blue, making it easy for our customers to hear for themselves just how superior our Hot Stamper pressings, at every level, were.

We did this partly out of necessity. I had foolishly taken the advice of a Mr. Robert Pincus that the new version was indeed all it was cracked up to be and proceeded to put in an advance order for twenty copies to sell to our customers.

We were still selling Heavy Vinyl in 2007, but it would not be long before we decided to end the practice. Soon thereafter we were only selling records that we had cleaned and played and could guarantee both their superior sound quality and audiophile-quality playing surfaces.

So we had about twenty copies of Blue we did not think qualified as “better records” and decided to just give them away.

After spending quite a number of hours evaluating the new version, I got fairly worked up over the disappointing sound, worked up enough to write a very long commentary about the album, which I entitled Blue, The Game.

Rather than detailing the shortcomings of the new pressing, in this particular commentary, the first of its kind, I decided to take a different tack.

I implored the reader to do his own shootout for the album and tell me what he heard on the various pressings he might have at hand to work with. (Nothing much came of it of course, and not too surprisingly. Shootouts are hard and the vast majority of audiophiles are averse to them in our experience, hence the sorry state of audiophile records and the systems that fail to reveal their shortcomings — but that’s a horse that gets flogged regularly enough on this site. Enough is enough.)

I find it curious you are not carrying the new Joni Mitchell Blue vinyl issue. Even to the point of saying you can do better… for 25 bucks? After clicking on the LP cover and reading the comments from over the years it makes me wonder what your agenda really is. I paid $250 for a wonderful WLP and this Rhino issue smokes it, even as good as it is. I even have a Cd cut from this mastering session off the analog FLAT, not Dolby tapes and this vinyl even beats it…. of course just my opinion.

I have listened on $100,000 systems, all the way down to portable units, solid state and tube and there is no denying this is the definitive vinyl version….. and again for 25.00. What a bargain.

Maybe all you did was look at that Rhino sticker and think back to the Grateful Dead records they did a few years ago (horrible) and just assumed this wasn’t up to Better Records standards.

Thanks for reading. I enjoy your e mails and store….

We don’t review records based on their labels or stickers. And of course we never assume anything about the sound of a record. We talk about this stuff all the time. Here’s a relevant quote:

My approach to reviewing records is pure skepticism: a record sounds good if it sounds good, regardless of how it was made, who made it, or why. I’ve heard lots of expensive so-called audiophile equipment do a pretty poor job of making music over the years, the owners of which had an armful of reasons for why the sound should be truly awe-inspiring. But it just wasn’t. Most fancy gold faceplates are nothing but lipstick on a pig in my opinion.

I heard Blue poorly reproduced at a friend’s house, and this is probably the best explanation for this letter writer’s inability to understand our position on Blue.

And paying $250 for a White Label Demo that apparently doesn’t sound good is the height of audiophile collector foolishness. That money should have gone for better equipment or room treatments or tweaks, something, anything, to make this guy’s stereo and room work better than they do.

Actually this brings up a good point. If I had to choose one record that separates the men from the boys, the stereos that really work from the artificial, restricted audiophile systems you might read about in the magazines or hear at an audio show, Blue would be a darn good choice.

The problem there is that you have to be one serious record collector to have a great copy of Blue. But good pressings are out there, if you can clean and play them properly. This is why we created the Blue Game. It can be done, and we can help you get there, but most of the work has to be done by you.

Naturally we are happy to do the shootouts for you and charge you the pretty penny the winners command, but for those of you who want to find out what’s wrong with the new Blue and don’t want to buy a Hot Stamper from us, as mentioned above, there is a third way: Blue, The Game.

Is It a Good Idea to Judge Records by their Label?