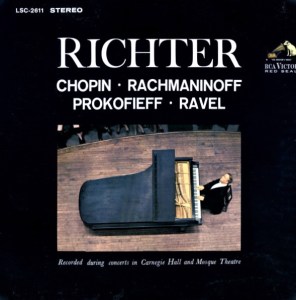 On the transparent and tonally correct copies it is clear and full-bodied. The piano in a solo recording such as this often makes for a good test.

How easily can you see it and how much like a real piano does it sound?

What We’re Listening For On Richter Recital