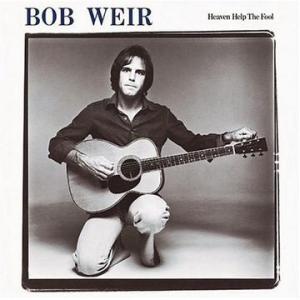 Keith Olsen produced and co-engineered here, which should go a long way toward explaining why the sound is so good. He is of course the man helped make Fleetwood Mac’s 1975 album such a sonic blockbuster.

This vintage Artista pressing has the kind of Tubey Magical Midrange that modern records can barely BEGIN to reproduce. Folks, that sound is gone and it sure isn’t showing signs of coming back. If you love hearing INTO a recording, actually being able to “see” the performers, and feeling as if you are sitting in the studio with Sammy and the band, this is the record for you. It’s what vintage all analog recordings are known for — this sound.

What We’re Listening For on Heaven Help The Fool

There is not a bad song on this record. Anyone who listens to the Grateful Dead Channel on Sirius/XM radio knows these songs as they are in constant rotation, and there is a reason for that. Jazzy in places, soft and smooth in others. Out of the ordinary for the Grateful Dead’s co-founder, but easier for the uninitiated to absorb without losing the trademark oddity that Weir has always displayed. Top-notch stuff.

Bob, though not the face of the Dead, was the heart that gave the Dead it’s unique sound. This album is not a reflection of the Dead, but showcases the special flavor that Weir added to Jerry’s genius, where 2 identities blend effortlessly. Dead fans may not like Weir alone, but many Dead Heads don’t appreciate the Pizza Tapes either.