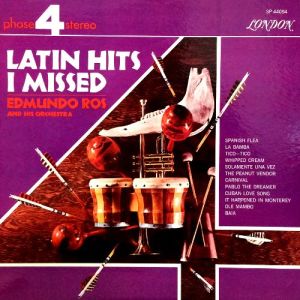 From the perspective of a level playing field, I cannot think of too many rock records that sound as BIG and DYNAMIC as this very pressing, nor many that are as spacious and clear. As good as the best German pressings of Dark Side of the Moon may be, the White Hot eight hundred dollar killer copies we have from time to time, this recording is every bit as exciting and in most ways more lifelike, with uncannily accurate instrumental timbres.

It’s nothing less than a Demo Disc that will go head to head with the best sounding records we know of. For those of you who’ve tried some of our “best of the best pressings”, you know that that is very bold statement.

Big, lively, clear and dynamic, Tubey Magical with no smear, and so full-bodied, with the low end weight that really drives the music, this side could not be faulted..

My notes read “wow” and your notes, if you bother to take them, will surely say the same.

We rarely hear a record that is this big and full-bodied, yet clear, dynamic and energetic. The brass is never “blary” the way is on so many Big Band or Dance Band records from the ’50s and ’60s (Basie’s records tend to have a bad case of blary brass as a rule).

Lovely warmth, Tubey Magic, lack of smear, unerringly correct timbres, rich strings — everything you want is here! Triple Plus is the only grade to give it.

In addition to the great Ros records we’ve been auditioning for the last few years, we’ve also played quite a number of Ted Heath’s records on London. Of course few record lovers know or care who he is anymore either.

And, like Latin Hits I Missed or Ros on Broadway, there is a Ted Heath title on London that has mind-blowingly good sound. Watch for it down the road because it’s coming. Like this album, it’s another Demo Disc destined to give the rest of your Demo Discs a run for their money.

Bandleader Edmundo Ros was the living embodiment of Latin music in World War II-era Britain. The toast of London’s high society, he effectively introduced the rhumba and samba to the U.K. shores.

Born December 7, 1910, in Port-of-Spain, Trinidad, to a Scottish father and an African-Venezuelan mother, Ros spent much of his childhood in military school, playing percussion in the military band. The experience was otherwise miserable, however, and at 17 he ran away to Caracas, where he served as tympanist in the Symphony Orchestra of Venezuela. A decade later Ros migrated to London, where he briefly studied classical music before pursuing popular music full-time, backing Fats Waller and singing with Don Marino Barreto’s Cuban band prior to forming his own five-piece rhumba outfit in 1940.

After scoring a hit with 1941’s Parlophone release “Los Hijos de Buda,” Ros became a sensation, attracting the cream of London society to his appearances at the lavish Coconut Grove. When the defendant in a high-profile divorce case implicated Ros as a catalyst for his marriage’s demise, the bandleader made national headlines, and the sex scandal only made him more popular, and he even taught then-Princess Elizabeth and her sister Princess Margaret to dance.

After a long residency at the West End club the Bagatelle, Ros in 1951 acquired the former Coconut Grove site on Regent Street and renamed the venue Edmundo Ros’ Dinner and Supper Club. He also made regular appearances on BBC radio, and his albums for the London label’s Phase 4 imprint (including the space age pop classics Rhythms of the South and Arriba!) sold briskly.

His biggest hit, “The Wedding Samba,” even crossed over to the U.S. Top Five, selling three million copies in the process. After Parliament legalized gambling in 1965, attendance at Ros’ club quickly nosedived, and he sold the business as soon as possible. He retired to Alicante, Spain, a decade later, returning to London’s Queen Elizabeth Hall on January 8, 1994, for one final farewell performance leading the BBC Big Band with Strings. Ros was also awarded the Order of the British Empire in the 2000 New Year’s Honours List.

In 1951 Edmundo Ros bought a club in Regent Street, the Coconut Grove, which was very popular during the war. The address, 100 Regent Street was not quite right because the in-clubs at that time were in Mayfair. Ros changed names , and when it was finally Edmundo Ros’ Dinner and Supper Club, the stream of the right people and the Rolls-Royces turned there. Along came the BBC and the club became world famous.

Standards at the club were kept extremely high. Edmundo’s notebook included all the names of the British Royal Family, the nobility, the counts, the pears and dukes. These people and those mentioned in “Who’s Who” could get membership in to the club. The guests had also to be properly dressed. The Ladies coming from the tea party in Buckingham Palace were not allowed to wear their broad hats. When women began to wear trousers like men, Ros decided not to accept them

“Once a very well-known madame, the wife of Sir Cecil Hardwick, tried to enter the club dressed in pants. My reception had their orders, and she went to another night club very cross and hurt. She told everybody what an idiot Edmundo Ros was! There was a newspaper reporter listening and I got the biggest publicity you can think of:: a photo of her and the words: “Edmundo did not allow in…..marvellous! ” King Hussein of Jordan, a Latin music aficionado, with his party was denied entrance because one of his party, film star Peter O’Toole, was not properly dressed and did not accept the tie offered to him.”

The club had 24 musicians and 53 employees, one of which had polishing the silver as his sole job. Ros says that all those details–you could not smoke the pipe before twelve o’clock–made the difference, and it was terribly important in England. The business was excellent until 1965 when gambling became legal in England. Ros noticed the difference immediately in the takings and sold the club.