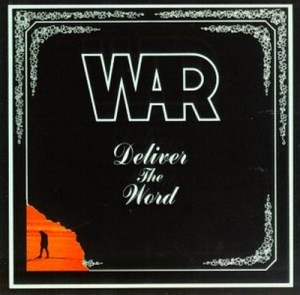 Engineered by the brilliant Chris Huston, this recording displays all his trademark gifts. His mixes feature lots of bass; huge, room-filling choruses that get loud without straining or becoming congested; and rhythmic energy that few pop recordings could lay claim to in 1972.

As for the choruses, allow me to paraphrase our listing from Commoner’s Crown.

This is one of the rare pop/rock albums that actually has actual, measurable, serious dynamic contrasts in its levels as it moves from the verses to the choruses of many songs. The first track on side two, Four Cornered Room, is a perfect example. Not only are the choruses noticeably louder than the verses, but later on in the song the choruses get REALLY LOUD, louder than the choruses of 99 out of 100 rock/pop records we audition. It sometimes takes a record like this to open your ears to how compressed practically everything else you own is.

Richness and weight are key to the sound, but oddly enough an extended top end was almost as crucial to the success of the best copies. When the top end extends, the sound is open and relaxed. When the various songs build to their climaxes, the copies with lots of clean top end had a sense of “ease” that simply was not to be found on the smoother (read: duller) brethren.

What the best sides of this United Artists recording have to offer is not hard to hear:

What We’re Listening For on War’s Album

Focusing in part on their softer side, War unleashed Deliver the Word in fall 1973. A smooth blend of the band’s more progressive jazz-rock fusion, the LP shot to the top of the R&B charts, their second of four number one records in a row. It was a perfect tonic to the mediocre MOR music rampaging its way through the early part of the decade…

An outstanding album split between War’s two definitive styles, Deliver the Word ultimately delivers a vibe, a groove, and an intent that are hard to resist. A magical ride with plenty of surprises to keep the listener on his or her toes, this set is a perfect example of the band at their genre-fusing best.