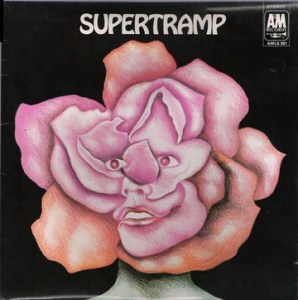 Sometimes the copy with the best sound is not the copy with the quietest vinyl. The best sounding copy is always going to win the shootout, the condition of its vinyl notwithstanding. If you can tolerate the problems on this pressing you are in for some amazing Supertramp music and sound. If for any reason you are not happy with the sound or condition of the album we are of course happy to take it back for a full refund, including the domestic return postage.

What We’re Listening For on Supertramp

The only failure of this album is the name on the cover, for it’s got little to do with what the band would later release to much commercial success, but it is instead a landmark of the progressive rock genre. It came out on July 14, 1970, before Genesis’ Trespass (with which there is a strong parenthood in style), The Yes Album or Emerson, Lake and Palmer, and less than a year after In the Court of the Crimson King. Harmonious in themes but varied in tones, alternating short and lengthy pieces with a sophisticated sound and classy arrangement, it features all the distinctive elements of prog rock. And as with any prog album, it only makes full sense when listened to in its entirety. But for those who want to save time and pick up songs, Maybe I’m a Beggar and Try Again are true prog anthems, while Nothing to Show sounds closer to the future hits of the band.