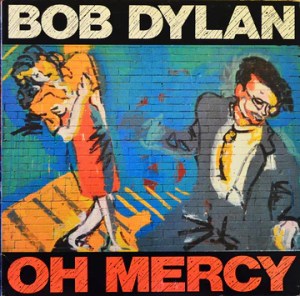 Most Of The Time
What Good Am I?
Disease Of Conceit
What Was It You Wanted
Shooting Star

Oh Mercy was hailed as a comeback, not just because it had songs noticeably more meaningful than anything Bob Dylan had recently released, but because Daniel Lanois’ production gave it cohesion. There was cohesion on Empire Burlesque, of course, but that cohesion was a little too slick, a little too commercial, whereas this record was filled with atmospheric, hazy production — a sound as arty as most assumed the songs to be. And Dylan followed suit, giving Lanois significant songs — palpably social works, love songs, and poems — that seemed to connect with his past. And, at the time, this production made it seem like the equivalent of his ’60s records, meaning that its artiness was cutting edge, not portentous …