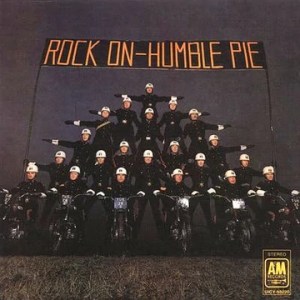 Glyn Johns strikes again — this record is absolutely brimming with TUBEY MAGIC. It’s the sound we love here at Better Records, assuming the pressing in question still maintains some degree of presence, immediacy and transparency. Records like this can easily get thick and muddy; think of the typically dull Who’s Next or Sticky Fingers and you’ll know exactly what I mean.

But oh what a glorious sound it is when it’s working. There’s not a trace of anything phony up top, down low or anywhere in-between. This means it has a quality sorely at odds with the vast majority of audiophile pressiings, new and old, as well as practically anything recorded in the last twenty years, and it is simply this: The louder you play it the better it gets.

For that we must thank Glyn Johns.

What We’re Listening For on Rock On

It was only about fifteen years ago that I discovered what an amazing engineer and producer Glyn Johns is. A Hot Stamper of the first Eagles album blew my mind, produced by none other, so I quickly started looking around for other records he might have had a hand in. How about Who’s Next? Let It Bleed? On The Border (my personal favorite Eagles album)? Led Zeppelin’s debut? And of course, Sticky Fingers, a record that I’ve always known had great sound — you can hear it buried under all that bad vinyl and groove wear. Until the newest record cleaning fluids and machines were invented you could hear it; you just couldn’t enjoy it. Now, of course, you can.

On this, their second album for A&M, Humble Pie proved that they were not the “minor league Rolling Stones” as people often described them. Led by the soulful Steve Marriot, the Pie was a great band in every sense of the word.

Although Peter Frampton elevated himself to superstar status in just a few years, this album proves what an excellent lead guitarist he was. The record has an undeniable live feel to it, due in part to Glyn Johns’ humble yet precise recording, framing the group as if they were a boogie version of the Band.

When all of these elements come together on songs such as “Sour Grain” and “Stone Cold Fever,” it’s an unbeatable combination.