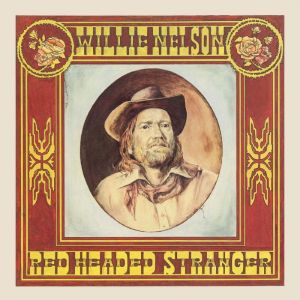 If you made the mistake of buying the awful Impex Heavy Vinyl pressing that came out in 2011 — the CD has better sound, if that tells you anything — all is not lost. Here’s your chance to hear how good the album can sound!

It took us a long time to pull together enough clean copies to make this shootout happen. Boy, was it worth all the trouble. The presence and immediacy here are outstanding. Turn it up and Willie is right between your speakers, putting on the performance of a lifetime. He’s clearly one of our favorite male vocalists, and this superb copy will show you why.

This vintage pressing has the kind of Tubey Magical Midrange that modern records rarely even BEGIN to reproduce. Folks, that sound is gone and it sure isn’t showing signs of coming back. If you love hearing INTO a recording, actually being able to “see” the performers, and feeling as if you are sitting in the studio with Willie and band, this is the record for you. It’s what vintage all analog recordings are known for — this sound.

What the best sides of Red Headed Stranger have to offer is not hard to hear:

When this record was made the tapes were fresh. Now they’re 45 years old. On audiophile equipment, you will have no trouble appreciating the difference.

On this pressing Willie is no longer a recording — he’s a living, breathing person. We call that “the breath of life,” and this record has it in spades. His voice is so rich, sweet, and free of any artificiality, you immediately find yourself lost in the music because there’s no “sound” to distract you.

Hot Stamper sound is rarely about the details of a given recording. In the case of this album, more than anything else a Hot Stamper must succeed at recreating a solid, palpable, real Willie Nelson singing live in your listening room. The better copies have an uncanny way of doing just that.

What We’re Listening For on Red Headed Stranger

Willie Nelson’s Red Headed Stranger perhaps is the strangest blockbuster country produced, a concept album about a preacher on the run after murdering his departed wife and her new lover, told entirely with brief song-poems and utterly minimal backing.

It’s defiantly anticommercial and it demands intense concentration — all reasons why nobody thought it would be a hit, a story related in Chet Flippo’s liner notes to the 2000 reissue. It was a phenomenal blockbuster, though, selling millions of copies, establishing Nelson as a superstar recording artist in its own right.