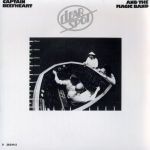 Reviews and Commentaries for Captain Beefheart

The producer, Ted Templeman, (Doobie Brothers, James Taylor) brought his mainstream talents to bear on this music, and when the Captain’s free-form tendencies smashed into Templeman’s conservatism the result was this musical supernova — out there, but not too far out there. (Play Trout Mask Replica sometime if you miss that feeling from your old hippie days of being on acid. With that music drugs are entirely superfluous.) I don’t know how many audiophiles like Captain Beefheart, probably not too many, but if you’re ever going to try, this is the place to start: his masterpiece.

I’ve been listening to this album for 30 years, all of my adult life. I still have my original copy in the clear plastic sleeve even. It never grows old and it never grows tired. I have the CD in the car and return to it regularly.

I’ll be disappointed if few of you try this one, but probably not too surprised. Great stereo equipment offers the listener a window on the wonderful world of music. Why do so many audiophiles keep that window opened just a crack?

These German pressings, the only ones we can find with quiet enough vinyl and good sound, have a tendency toward hi-fi-ishness, with a bit of boost on both ends, the famous EQ “Smile Curve”.

The worst ones are phony as all get out, but the good ones have no trace of hyped-up extremes.

Producer Ted Templeman was a bit of a surprising choice given his firmly mainstream production credits, with the Doobie Brothers already under his belt and Van Halen lurking in the near future. As it turned out, such a combination led to a better-working fusion than might be expected, making one wonder why in the world Clear Spot wasn’t more of a commercial success than it was. The sound is great throughout, and the feeling is of the coolest bar-band in town, not to mention one that could eat all the patrons for breakfast if it felt like it. Fans of the fully all-out side of Beefheart might find the end result not fully up to snuff as a result, but those less concerned with pushing back all borders all the time will enjoy his unexpected blend of everything tempered with a new accessibility.