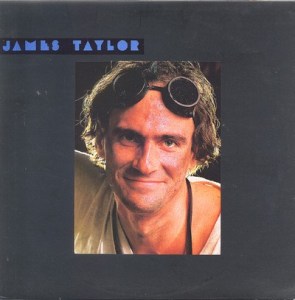 Even recordings that are as heavily processed as this one. We don’t have a problem with that approach when it works as well as it does here. Mud Slide Slim this is not. It’s also 1981, not 1971. We prefer the recordings from 1971, undeniably the Golden Age for rock and pop recording quality[1], but we know that to expect the sound of the ’70s in 1981 would simply be setting oneself up for disappointment.

Those days are gone, as are the amazing sounding pressings that came out then, and nobody, repeat nobody, pressing records today can figure out how they did it.

The soundstage and depth on our best Hot Stamper copies is HUGE — this is without a doubt the most spacious recording by James Taylor we’ve ever heard. If you want your speakers to disappear, replaced by a huge studio full of musicians playing their hearts out, this is the album that can do it.

But of course there’s a lot more to the sound of the best copies than a big soundstage.

The pool of well-recorded albums was simply wider and deeper. Great sounding records like this one were made by the hundreds, their numbers falling off precipitously in the decades that followed.

Fortunately for us Old School Audiophiles, the analog holdouts, we have easy access to the best of the ’70s recordings, still widely available in their original format: the vinyl LP.

More on the subject of the pop and rock recordings of the Seventies here.