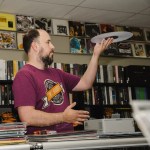 For those of you who have not been following this story, here is the best place to start:

Although it’s behind a paywall, you can get a free test drive easily enough. (In September there will be a long-form video of me going about a Hot Stamper shootout and discussing the world of audiophile records, which you do not want to miss!)

Now that you are up to date on the basics, here is just one of the many thoughts I’ve had concerning the revelation that Mobile Fidelity has been secretly sourcing at least some of their masters digitally since 2015.

Judging by the hundreds of comments on various audiophile forums, there seems to be a great deal of outrage that Mobile Fidelity pressings were not in fact 100% analog, as the label had claimed.

However, I don’t recall ever reading a single post by anyone outraged by the fact that this label’s records rarely sound better than mediocre and more often than not are just plain awful.

I’ve been bashing this label in print and on the web for more than 30 years. During that time I’ve written a large number of reviews describing the extensive and, to me at least, obvious shortcomings of their pressings. Many of those reviews can be found here.

But it has always been hard to find fellow audiophiles who shared my disdain for the sound of MoFi’s badly mastered LPs. Just the opposite in fact. To my unending disappointment, many people who describe themselves as audiophiles seemed to really like them.

After hearing one of our properly-mastered, properly-pressed records, sourced from the best available tapes (also known as Hot Stampers), some of our customers saw the light and took the time to write us about their experience.

There is a great deal more to say concerning this news, and I expect to be posting regularly in the coming weeks about it.

Our previous post on the subject can be found here: The Mobile Fidelity Apocalypse, Part Two