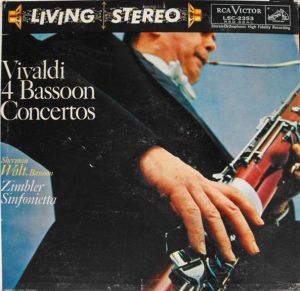 If you’re a fan of Vivaldi, this Living Stereo from 1959 belongs in your collection. The complete list of titles from 1959 that we’ve reviewed to date can be found here.

This rare and mostly quiet Shaded Dog pressing has SUPERB sound on side one, earning a sonic grade of A++. To our surprise side two was even better; we called it A++ to A+++.

It was surely one of the best sounding records we played in our classical shootouts that day.

This is Golden Age Living Stereo sound at its Tubey Magical best.

A++, with tonality that is Right On The Money (ROTM). Huge stage as well, deep and wide. Not as transparent as some of the other Golden Age pressings we played that day, we call this one Super Hot.

A++ to A+++, and here the music seems to be better as well as the sound, which is more open and even sweeter and smoother (in a good way).